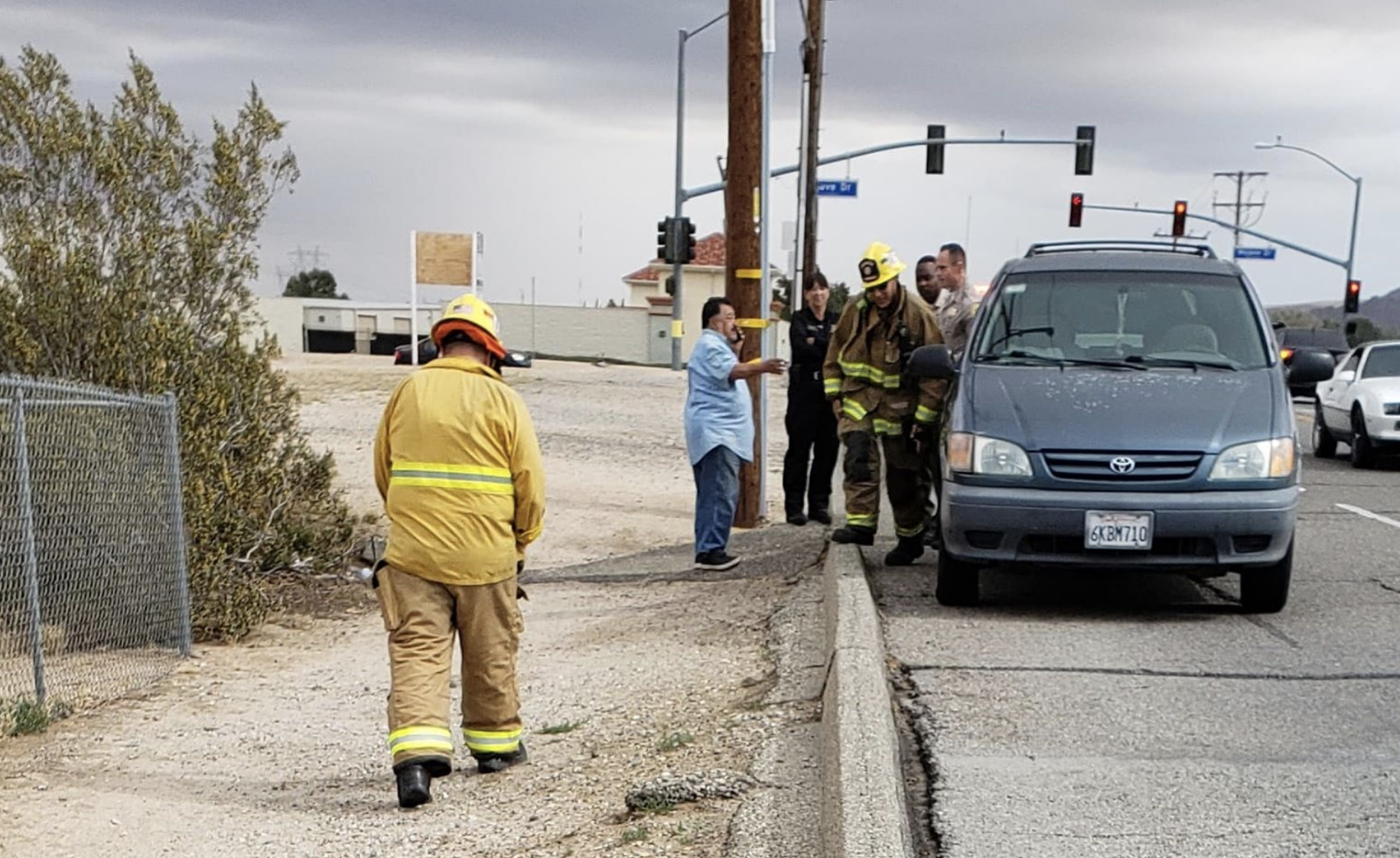 VICTORVILLE, Calif. (VVNG.com) — A Good Samaritan jumped into action when she saw a man driving recklessly that ended up being drunk twice over the legal limit.

On Thursday morning at about 9:00 am, Jessica Avila was driving east on Mojave Drive from US Highway 395 when she observed the vehicle driving in excess of speeds of 90 mph.

Keeping her distance, Jessica decided to follow the vehicle, a green Toyota minivan as she called dispatch. Jessica was in disbelief when the minivan crashed into the center divider right in front of Village Elementary.

Jessica said the van made a right turn onto Amargosa Road and that’s when the driver, identified as Antonio Mayorga, 67, of Adelanto, stopped the vehicle. The male driver attempted to approach Jessica’s vehicle but she refused to roll down her window.

“I stayed on the phone with dispatch the entire time and watched him discard the tequila bottle before officers arrived. He was staggering all over the place,” stated Avila.

The suspect was arrested and booked at the High Desert Detention Center for driving under the influence of alcohol. He was Cite Released with no appearance scheduled.

According to public court records, Mayorga is currently going to court on a previous DUI charge from October 2018. On May 7th he plead not guilty to driving under the influence of alcohol/0.08 percent or more. His pretrial is set for July 23, 2019 at 8:30 am, in department V6 at the Victorville courthouse.