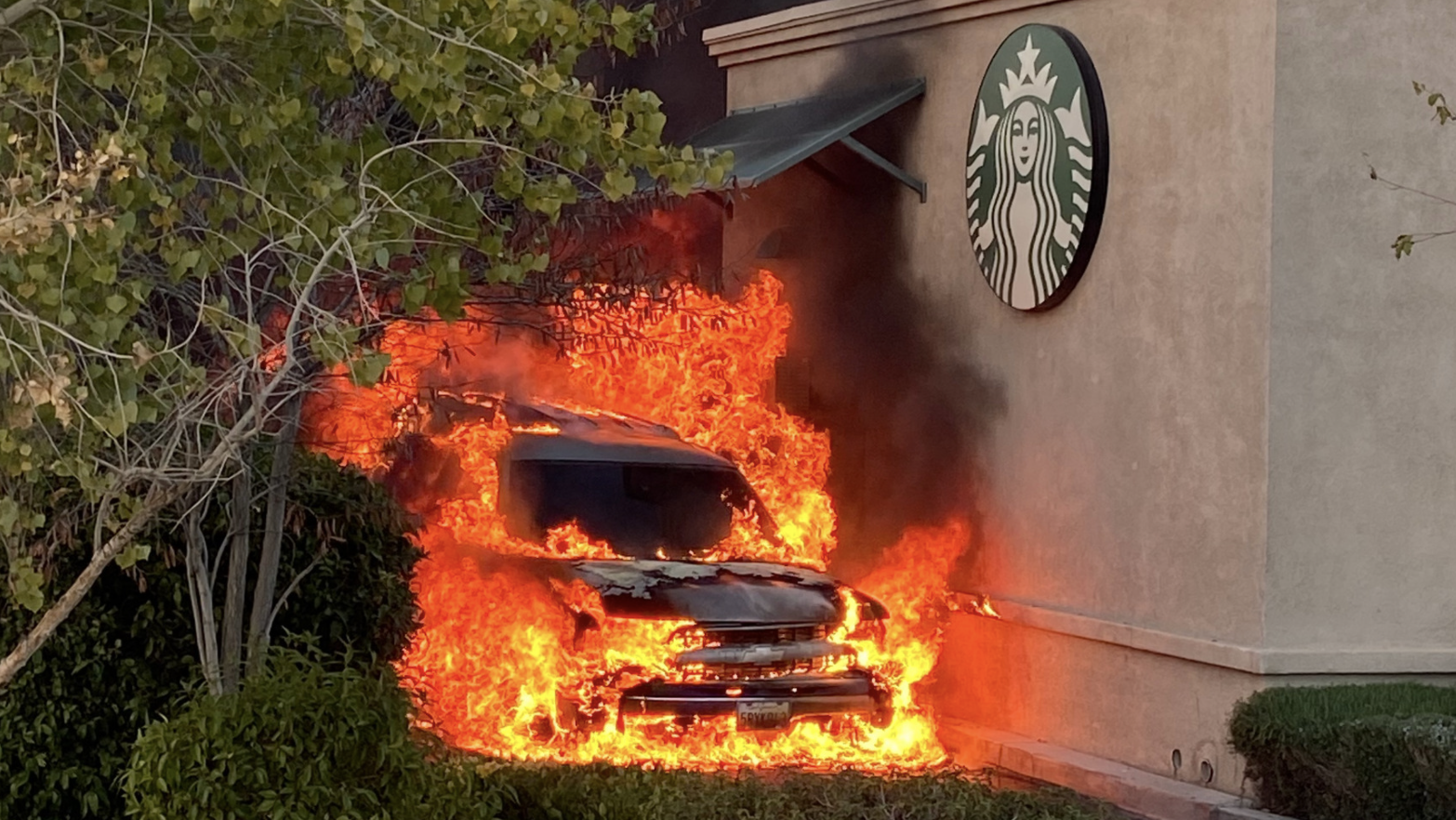 HESPERIA, Calif. (VVNG.com) — A Gofundme account has been launched to help a local family whose SUV caught fire while they waited in a Starbucks drive-thru.

Rocio Gonzales, her three young children, and her mom Claudia decided to head to Starbucks for hot chocolate and cake pops. As they waited at the drive-thru window in their Chevy Tahoe, they started noticing a strong smell and decided to turn off the engine.

Claudia said before she knew it the SUV started to erupt into flames. Rocio said they acted quickly and had just enough time to safely un-buckle the children from their car seats and get them out of the SUV.

Starbucks employees attempted to put out the flames using a fire extinguisher but it was not enough. Within minutes the SUV was fully engulfed in fire. The flames were so intense they caused the glass of the drive-thru window to shatter and several items inside of the restaurant to melt.

A plume of thick black smoke billowed into the sky as San Bernardino County Firefighters worked to knock down the fire.

The family told VVNG this was their only means of transportation and they relied on the vehicle daily to help get them around for things like transporting the kids to and from school, appointments, grocery shopping, and everyday errands.

According to the family, since the SUV was an older model it was only eligible for liability insurance, and the fire is not covered under the policy.

Claudia’s cousin Luis Gonzalez launched a fundraising account in hopes of helping his family to replace their SUV.

Luis said his cousin’s children were left very traumatized and their tablets and toys were also destroyed. “Right now they are still trying to cope with this tragedy mentally and physically,” he stated in the Gofundme.

Donations can be made via the following link: helping the family of the car fire in Starbucks

Starbucks was open the following day but the drive-thru remained closed for repairs. No injuries were reported and the official cause of the fire is still under investigation.