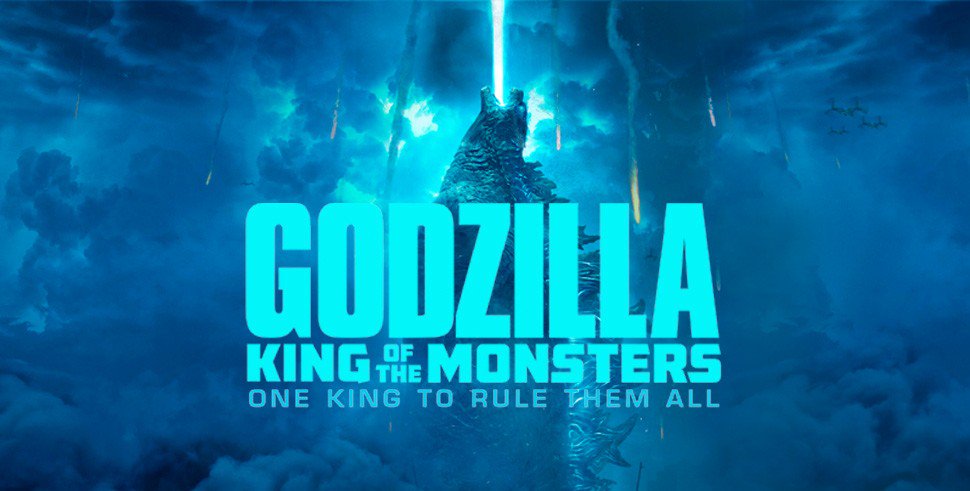 VVNG- If you are expecting a monster movie full of explosive action and an enormous amount of destruction, then this is the flick for you. Just don’t expect to witness said action or destruction in all of its glory. You are going to have to settle with catching glimpses of the monsters whenever the attention isn’t on what humans are doing while the Titans are clashing with each other. If you are fine with that, then by all means, go watch this film. I hope you enjoy it more than I did. I just kept getting frustrated throughout the entire movie because I paid to watch Godzilla fighting, not petty humans bickering.

I give Godzilla: King of the Monsters, the “Checky™ Stamp of Disappointment!” I loved how magnificent all of the monsters are in this film. Their abilities and design are spectacular. I thoroughly enjoyed the brief moments I got to witness them engaging in gloriously epic fights, too bad that enjoyment kept being taken away from me every time the filmmakers decide to keep cutting away from the titanic action to focus on generic humans who are either lame, whiny, stupid, stereotypical, sarcastic or all of the above.

This movie made me feel like what I imagine a dog feels like whenever its owner teases it with the promise of throwing a ball but doesn’t actually throw it. For a fleeting moment, the exhilaration, joy, and enthusiasm is all there, but then, that promise of happiness is yanked away faster than it took to build up all of those emotions.

Maybe I needed to lower my expectations before watching this flick, but I don’t think it’s unreasonable of me to think that I was going to be able to get a destructive monster movie, instead of a movie that focuses on humans that just keep getting in the way of the battles. After all, the trailers for this flick made it seem like we were just going to get non-stop action. They did say there were 17 Titans here on earth. Out of those 17, we got to see 8, and out of those 8, 4 actually fought. So… Not cool!

If you liked this movie, then I am jealous of you. I wish I would have been able to enjoy this flick as much as the people that were cheering in the theater did. I think you will like it if you liked the first Godzilla. I didn’t like the first one because the mega lizard barely came out, and even though he comes out a lot more in this movie, it is still as frustrating as its predecessor. And besides the constant teases of colossal beasts eradicating cities, this flick also contains stupid character decisions, boring parts, and every disaster-movie cliche you can think of. All of this adds up to a gigantic missed opportunity to live up to this film’s royally massive potential.

What did you think of Godzilla: King of the Monsters? Do you agree or disagree with me? Which flick are you checking out this week? Let me know in the comments below. Have a great day at the movies and don’t forget to save me some popcorn

Official Synopsis: Members of the crypto-zoological agency Monarch face off against a battery of god-sized monsters, including the mighty Godzilla, who collides with Mothra, Rodan, and his ultimate nemesis, the three-headed King Ghidorah. When these ancient super-species-thought to be mere myths-rise again, they all vie for supremacy, leaving humanity’s very existence hanging in the balance.