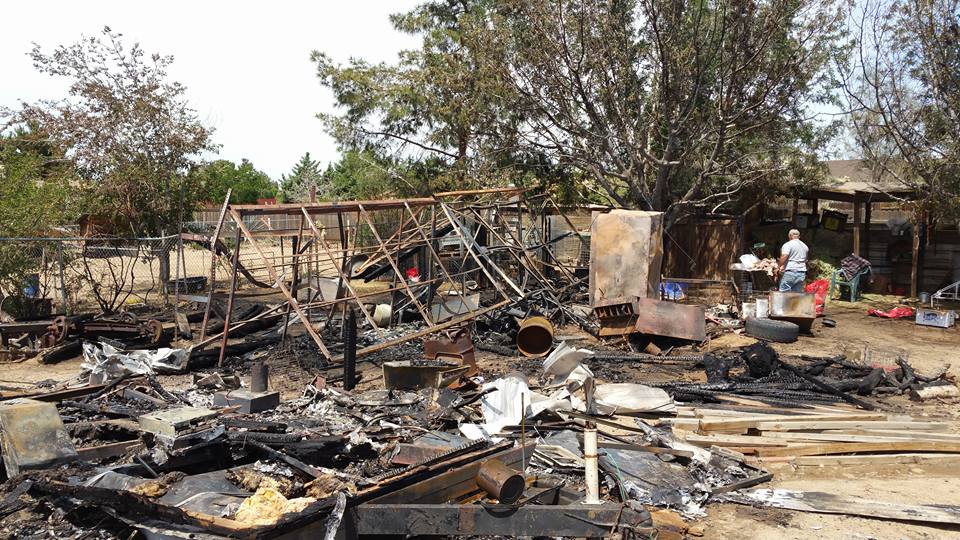 VICTORVILLE-(VVNG.com): The San Bernardino County Fire Department responded to a fire that was reported just before 2:25 a.m. on Tuesday morning.

Initial reports were made by neighbors, but soon after the resident reported that a trailer with goats was on fire in her backyard. The residents exited the home safely and waited for firefighters to arrive.

Upon arrival at the home in the 14400 block of Low Chaparral Court, they located the large wind-driven fire in the backyard of the home.

Fire personnel reported that the blaze was spreading quickly to trees and other backyard outbuildings threatening the home that was just a short distance from the engulfed buildings.

Through the quick and precise efforts of the firefighters, the home was saved but they were, unfortunately, unable to save the three goats.

No injuries were reported by fire personnel or civilians. The cause of the fire is currently under investigation.