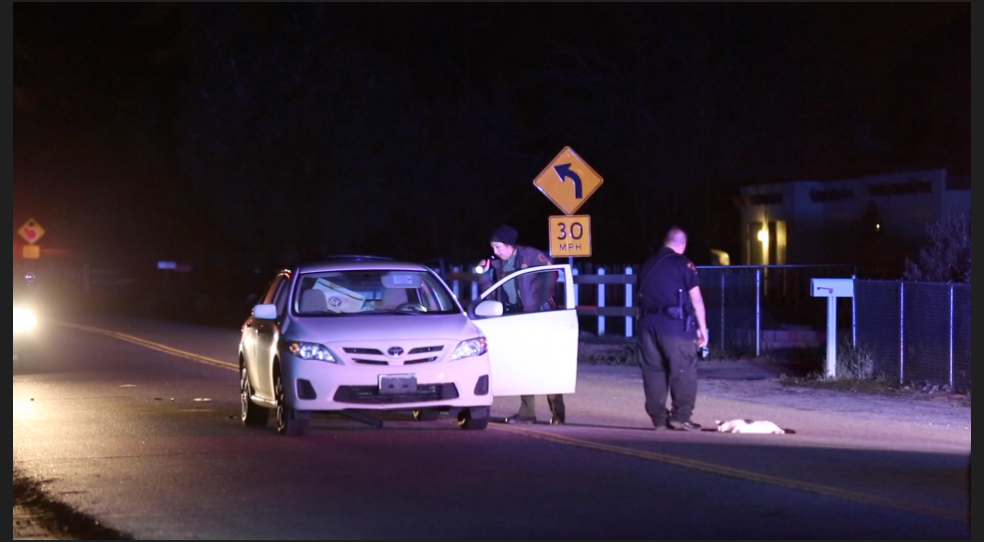 APPLE VALLEY, Calif. (VVNG.com) An 18-year-old female is fighting for her life after she was struck by a vehicle while attempting to remove a dead cat from a dark roadway.

On Sunday, February 26, 2017, at around 10:45 p.m., 911 dispatch received reports of a woman screaming in the area of Kiowa Road and Rancherias Road pleading for help.

Deputies responded and confirmed a pedestrian was struck by a vehicle and lying in the roadway.

“I heard the mom saying it was her daughter that was hit. She stated that they hit a cat while they were driving and they turned around to move it out of the roadway,” said a man who was at the scene.

“The mom was driving, and the daughter is the one who got out to remove the cat and was kneeling down when she was hit by the Nissan Altima that was driving southbound,” the man stated.

Marks also stated the driver of the Nissan is a resident of Apple Valley and was on her way to work when the accident occurred.

“The driver of the Nissan immediately pulled over and is cooperating with us, it appears to be just a tragic accident,” Marks stated.

Drugs and alcohol were not suspected to be a contributing factor in the incident.

Kiowa Road between Rancherias and Yucca Loma Roads were closed while authorities conducted an investigation.

UPDATE: The female died as a result of her injuries sustained in the crash and was identified as 18-year-old Emily Sanchez of Apple Valley. READ MORE.