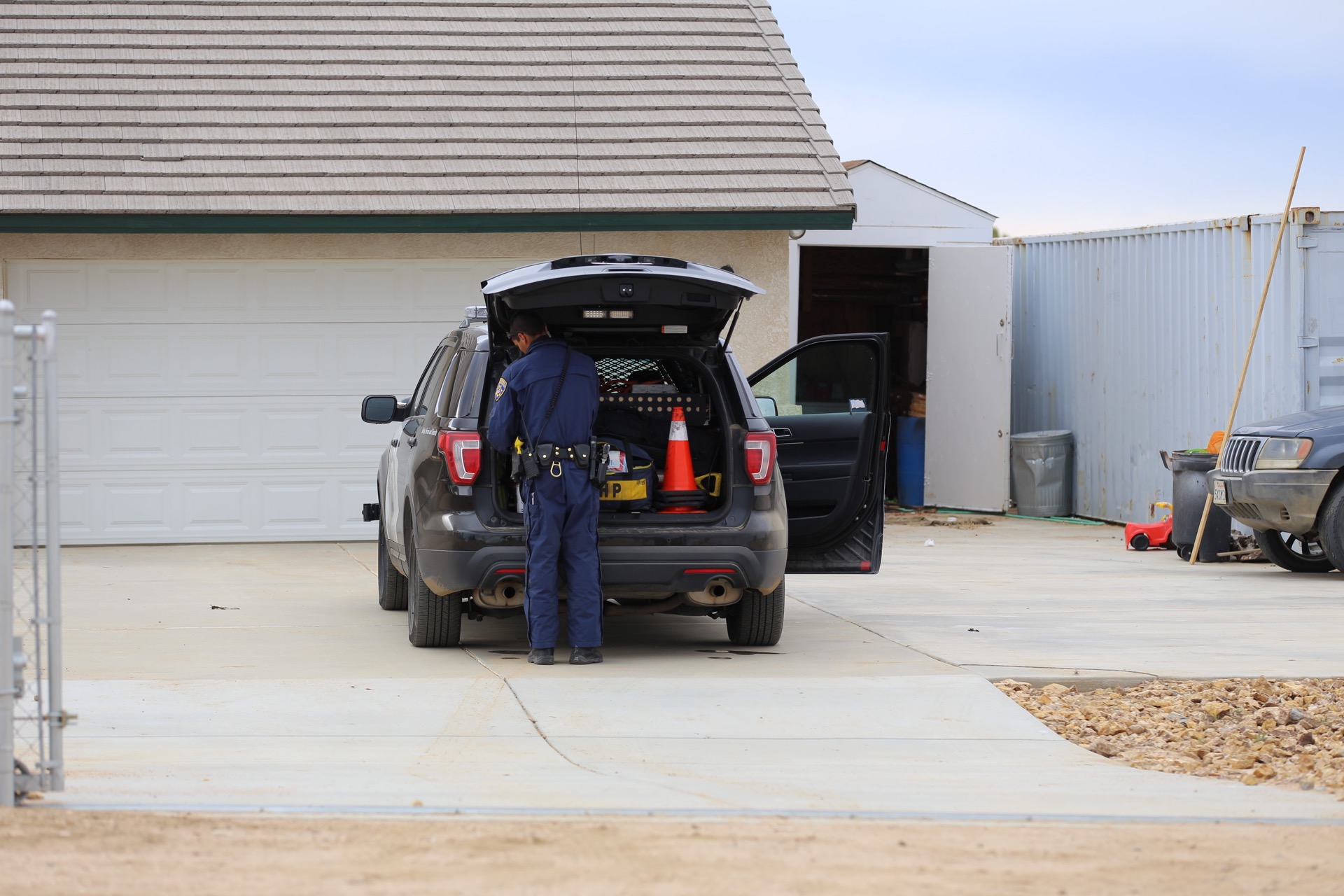 PHELAN, Calif. (VVNG.com)- A 5-year-old girl has died after she was run over by her father in an apparent accident in Phelan, according to CHP officials.

At 2:31 p.m., on Sunday, February 5, 2017, deputies and emergency medical personnel were dispatched to the report of a 5-year-old female versus a vehicle with CPR in progress, on private property in the 11000 block of Middleton Road in Phelan.

The father of the children was driving a 2004 Chevy Tahoe in his yard, pulling a trailer loaded with two bales of hay attempting to feed his horses.

A CHP officer is seen photographing a Chevy Tahoe in the rear of the family home. (Gabriel D, Espinoza, Victor Valley News)

According to CHP officials, three of his children were sitting on a bale of hay on the trailer. “[the father] was driving in reverse, and for an unknown reason the 5-year-old female decided she wanted to get off the trailer, got off the bale and went to the front of the trailer.”

The victim’s 12-year-old brother was sitting on the bale and attempted to stop her but was unable to reach and she fell between the trailer and SUV.

“[the father] was unaware of the 5-year-olds predicament and continued in reverse, running over the child,” stated officials. “[the father] stopped his vehicle as soon he noticed the child and began CPR.”

Prior to the arrival of California Highway Patrol officers C. Carter and M.Deveny, the 5-year-old child was transported to Desert Valley Regional Medical Center where she was pronounced deceased.

CHP Sergeant T. Weichers responded to the scene and transported Gilbert and his three remaining children, to the hospital, stopping on the way to pick up the child’s mother at Target in Hesperia.

Officers determined alcohol or drugs were not a factor in the incident.

Related Article: Child Run Over by Family Vehicle in Phelan