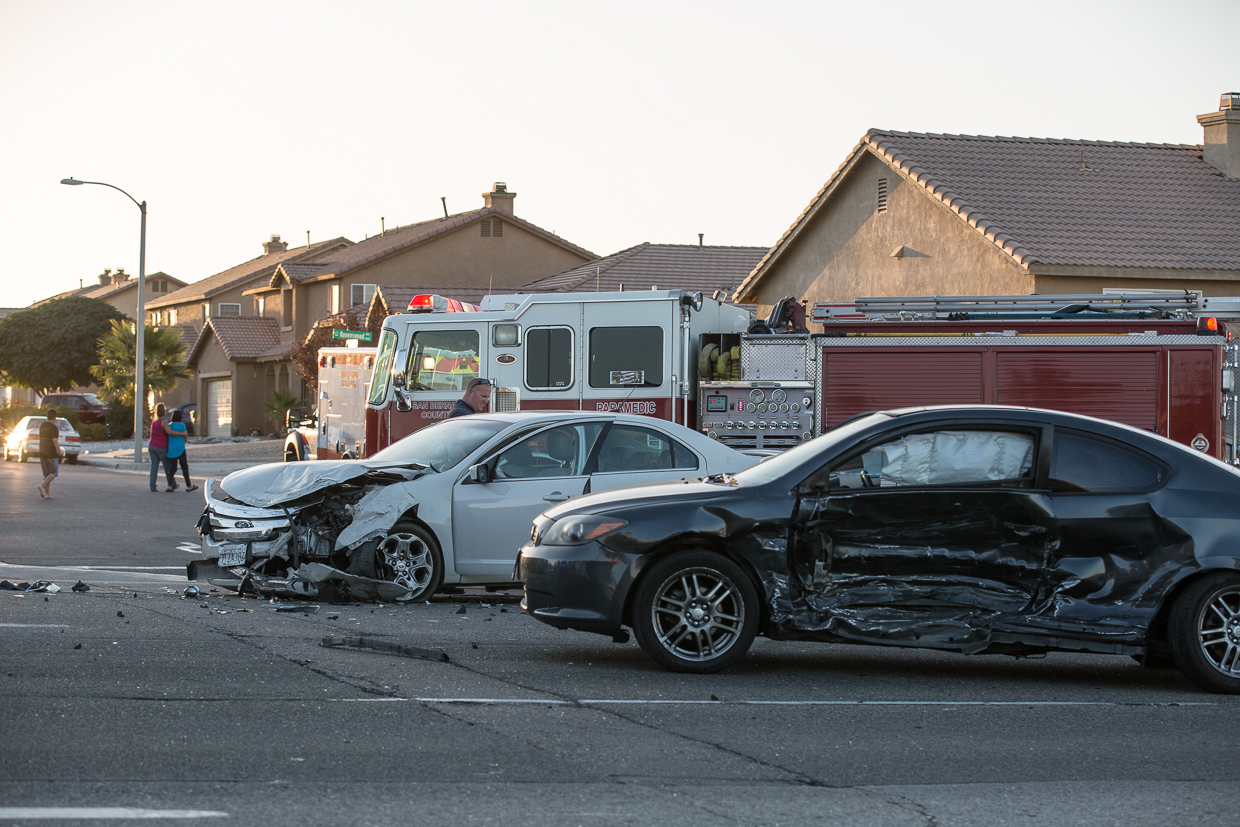 HESPERIA, Calif. (VVNG.com) A 5-year-old child is crucially injured and fighting for her life following a crash in Hesperia Thursday evening.

The accident occurred on Hollister Street and Escondido Avenue at around 5:33 p.m. between two vehicles, a white Ford Fusion and a dark colored Toyota Scion TC.

The initial request for an airship was canceled and the child was instead transported to Desert Valley Medical Center. According to SGT. Hubbard, the child was then stabilized and airlifted to a trauma center.

“One of the vehicles (the Scion TC) was occupied by an adult female driver and two small children in the back seat, one five-year-old female and then a 2-year-old male. Both of the children were in car seats, However, due to the extent of the intrusion into the vehicle, the 5-year-old suffered major injuries,” said Sgt. Hubbard with the Hesperia Sheriff’s Station.

Hubbard said through the investigation, detectives learned that the Scion pulled out from Hollister to go Northbound onto Escondido, and the white car was southbound on Escondido at the time and unable to stop, hitting the driver side of the Scion.

“This street is so dangerous. Every time I leave home and come back I’m so terrified of turning onto my own street. We need a sign, or this won’t stop happening. The speeds or just too fast,” said Vanessa Valdez, a nearby resident.

No further information at this time is available.