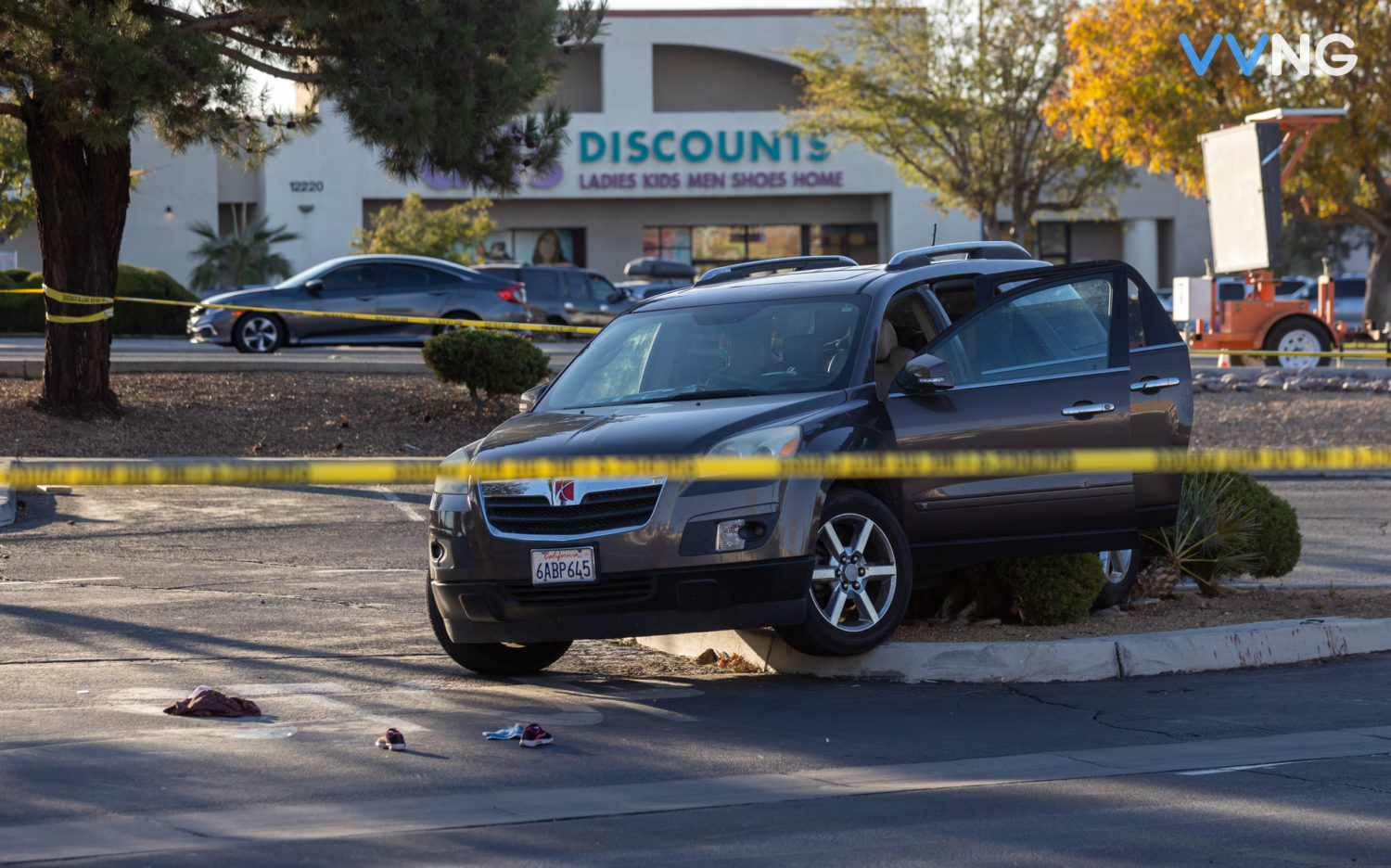 VICTORVILLE, Calif. (VVNG.com) — A 4-year-old girl died after an SUV backed over her in the Victorville Vons parking lot on Saturday.

Upon arrival, deputies and medical personnel located the unresponsive child with major injuries near a 2008 Saturn Outlook SUV that was partially lodged over a small landscape island within the parking lot of the Victor Valley Town Center.

The young girl was rushed by ambulance to Desert Valley Hospital and despite life-saving measures, she was pronounced deceased.

A large area of the parking lot was closed off during the investigation. Sheriff’s officials said, “for reasons still unknown, the vehicle backed over the child in the parking lot at the incident location.”

Police did not release any information about the driver of the vehicle and said all parties involved and witnesses remained on scene. The SUV that was photographed by deputies belongs to the deceased child’s mother.

A witness visiting a nearby business said she noticed the SUV parked in a parking space facing Hesperia Road, away from the stores. “I saw a woman and two children eating chips near the SUV and a short time later when I was coming back I noticed the car was on the curb blocked off with crime scene tape.”

The witness also said the mother may have either been shocked or confused as she initially believed her daughter was struck by a truck that fled the scene. However, authorities are not searching for any suspects or additional vehicles.

The Victorville Police Station is asking anyone with additional information to please contact Deputy T. Wetzel at 760-241-2911. Callers wishing to remain anonymous should contact the We-Tip Hotline at 1-800-78-CRIME or at wetip.com.