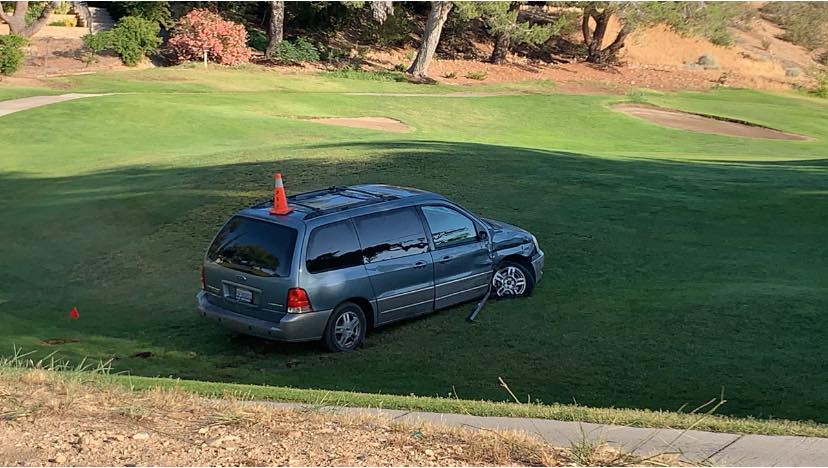 VICTORVILLE, Calif. (VVNG.com) — A 13-year-old girl was home alone when a couple of suspects broke into her home and stole the family’s vehicle.

Sheriff’s spokeswoman Jodi Miller told Victor Valley News Group the vehicle was stolen from a residence at Kalin Ranch and Golf Course Drive. “While in route to the call a deputy located the van abandoned near the location,” stated Miller.

The registered owners of the van posted on social media about the incident and said their 13-year-old daughter was home alone when the suspects broke into the home.

Miller confirmed a teen girl was inside the residence when the suspects made entry. According to the family, the victim made eye contact with the suspects and they shouted at her to get out.

“She was told to leave the home and suspects took only the keys to the van and left,” stated Miller.

A law enforcement helicopter responded to the scene and assisted ground deputies as they searched for the suspects believed to be a White male and female. Deputies were unable to locate either suspect.

Miller said one of the suspects grabbed the teen by her arm as she ran out. No injuries were reported.

Anyone with information is asked to contact the Victor Valley Sheriff’s Station at (760)552-6800.