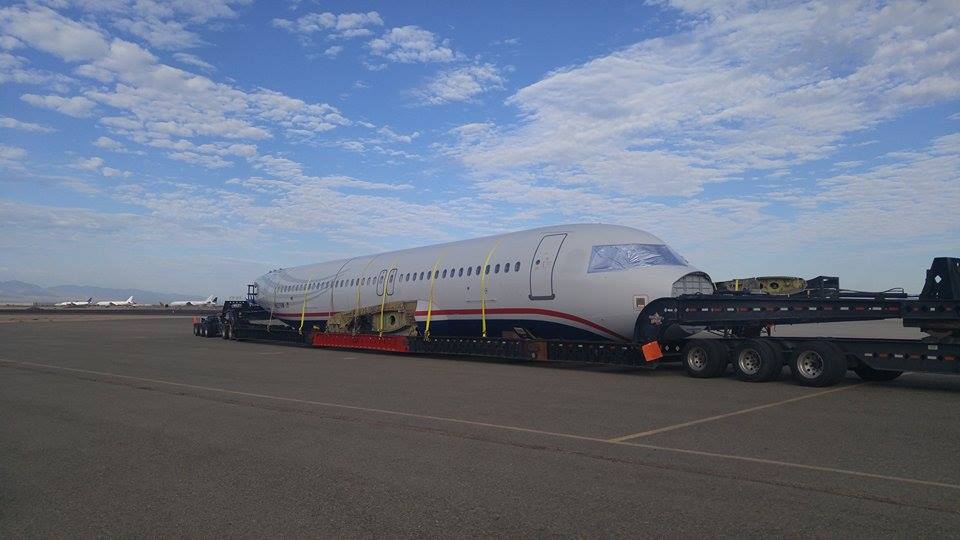 VICTORVILLE:(VVNG.com)- A replica of one of the most famous air planes in history will be making a road trip from Victorville to Universal Studios Hollywood.

“On January 15, 2009, US Airways Flight 1549 (AWE1549), an Airbus A320 piloted by Captain Chesley B. “Sully” Sullenberger and First Officer Jeffrey Skiles, made an unpowered emergency water landing in the Hudson River after multiple bird strikes caused both jet engines to fail. All 155 occupants, the passengers and crew, successfully evacuated from the partially submerged airframe as it sank into the river; they were rescued by nearby watercraft. Several occupants suffered injuries, a few of them serious, but only one required hospitalization overnight. The incident came to be known as the “Miracle on the Hudson”, and Captain Sullenberger was soon regarded as a hero by some accounts.”

The prop will be used for a film directed by Clint Eastwood and Warner Bros. titled “Sully”. Tom Hanks will play Captain Chesley “Sully” Sullenberger.

If you see the giant movie prop be sure and share your photos with us.