It doesn’t matter what age, race or gender you are. If you have an inner nerd who loves films, television shows, games, animation, art, shopping, and/or comic books (of course), then you need to get your butt over here to the 2019 WonderCon. You can visit one of the hundreds of booths where you can purchase jewelry, art, action figures, dolls, costumes, pumpkins (yup, PUMPKINS), pins, lightsabers, and many MANY more things. You can visit one of the panels where celebrities from the latest movies and shows come out on stage. You can people-watch and enjoy the creative costumes a lot of the attendees have on. You can basically do tons of stuff that will make your geeky self happy.

Check out the pics below. It’s my first time here and I have explored non-stop for about 6 hours and haven’t even seen one fourth of everything they have to offer. There are still badges available to purchase for Sunday. Saturday is sold out (at the time of publishing). So you can have a lovely little Sunday if you decide to visit this WONDERful CONvention.

Here is the link to their website where you can purchase badges:

Ezequiel T (a.k.a., El Checky) is a Translator with a lifelong passion for films. He has been reviewing movies for years and has been watching, discussing and sometimes even making them for as long as he can remember. When reviewing them, he has a simple way of recommending a good movie by giving it The “Checky™ Seal Of Approval!” which is due to his childhood nickname. He currently lives in Victorville, CA with his wife of 12 years, Joanna.

Movie Reviews: Birds of Prey and Sonic the Hedgehog 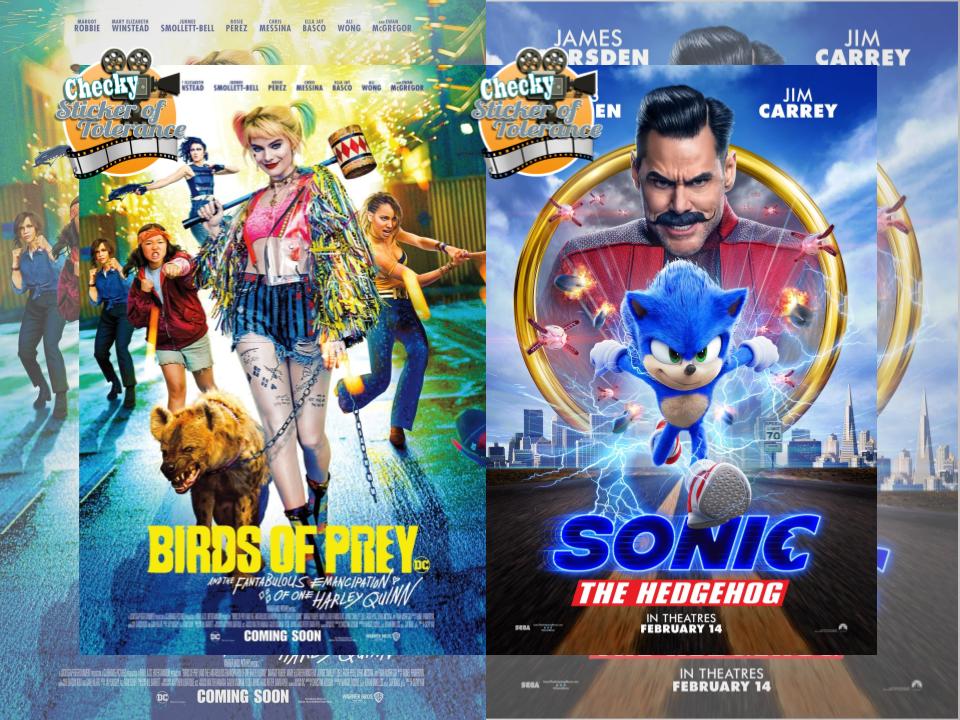 Raise your hand if you have a crazy break up story. Ok, now raise your hand if you’ve ever blown up a factory (like Harley does in this movie) as a symbolic gesture of independence from your former partner. WAIT!!! You know what? Nevermind, don’t raise it. I don’t want to testify against you in court. Instead, why don’t you just go watch this flick and enjoy the absolutely bonkers aftermath of The Joker and Harley Quinn’s toxic relationship? Maybe it will help make you realize that your former flame isn’t as bad as you remember him/her when you compare them to the over-the-top events that take place in this uniquely bizarre film.

As soon as Mr. J (literally) kicks Harley to the curb, everyone in Gotham who has beef with her finds out she’s not protected anymore and starts trying to get payback for whatever ludicrous thing she might have done to them. Good thing is that this vivacious babe is no damsel in distress. She is strong, capable, and as smart as she is adorable. So, whoever is foolish enough to try and cross the incomparable Ms. Quinn, is in for an outrageously topsy turvy world of hurt.

This movie isn’t JUST about Harley, though, there are also other characters who appear in the movie that make up the titular “Birds”. While there’s nothing wrong with any of them, in fact, they are pretty freaking badass, they don’t really get to shine as much as they undoubtedly could. This is a bummer because they kind of end up feeling like they were an afterthought, and Harley should have just had the whole movie to herself and it would have still been great. Also, I know this movie is Rated – R, but sometimes it was TOO dark like it didn’t know where the line was or didn’t care that it crossed it a few times. I don’t mind violence, but when it’s done for no reason other than to be edgy, it just makes me uncomfortable. Aside from that, this is a very entertaining movie that is as vibrant, lively and chaotic as our favorite spunky, fun-loving and insanely violent bad girl.

Official Synopsis: It’s open season on Harley Quinn when her explosive breakup with the Joker puts a big fat target on her back. Unprotected and on the run, Quinn faces the wrath of narcissistic crime boss Black Mask, his right-hand man, Victor Zsasz, and every other thug in the city. But things soon even out for Harley when she becomes unexpected allies with three deadly women — Huntress, Black Canary and Renee Montoya.

One of the best memories I have of my childhood is when my parents got my brothers and me a Sega Genesis in the 90s. I still remember the first time we used it. We unboxed and connected everything, popped in the Sonic the Hedgehog video game, turned it on, got goosebumps when we heard the glorious “Segaaaaaa” jingle and were immediately blown away as soon as we started playing with the little blue blur. We spent hours and hours trying to get through all of the levels in the game, yelling when Sonic would lose his rings, stressing out when he would almost drown, and celebrating everytime we defeated Dr. Robotnick.

I kept playing Sonic the Hedgehog games well into my adult years and have always had a special place in my heart for the charismatic speed demon, and I’m sure this is true for a lot of you as well. My expectations for this movie were super low because I never thought a movie would be good enough for a character that brought me so much joy, but I actually ended up liking it a lot.

Sometimes the jokes in the movie don’t land, there is a henchman that is pretty useless, and Jim Carrey’s performance is at times a BIT too wacky and cringey, but for the most part, this is a very delightful and surprisingly heartwarming flick.

James Marsden is wonderful, charming and likeable. Jim Carrey is at his most Jim Carreyest ever, and the majority of his performance is hilarious and brilliant. The action sequences are top notch when they are (super) fast-paced, and dazzlingly impressive when Sonic is going so fast that everything around him slows down. Also, there’s a ton of moments that are incredibly sweet and help make this movie stand out from other video game adaptations.

You should definitely go watch this movie if you want to relive your childhood, hear your kiddos laugh, and/or just enjoy an amusing and splendid family flick. Just make sure you aren’t too hyped up after it’s over that you get a speeding ticket on the way home.

Official Synopsis: Sonic tries to navigate the complexities of life on Earth with his newfound best friend — a human named Tom Wachowski. They must soon join forces to prevent the evil Dr. Robotnik from capturing Sonic and using his powers for world domination.

What did you think of Harley and/or Sonic? Do you agree or disagree with me? Which flick are you checking out this week? Let me know in the comments below. Have a great day at the movies, and don’t forget to save me some popcorn. 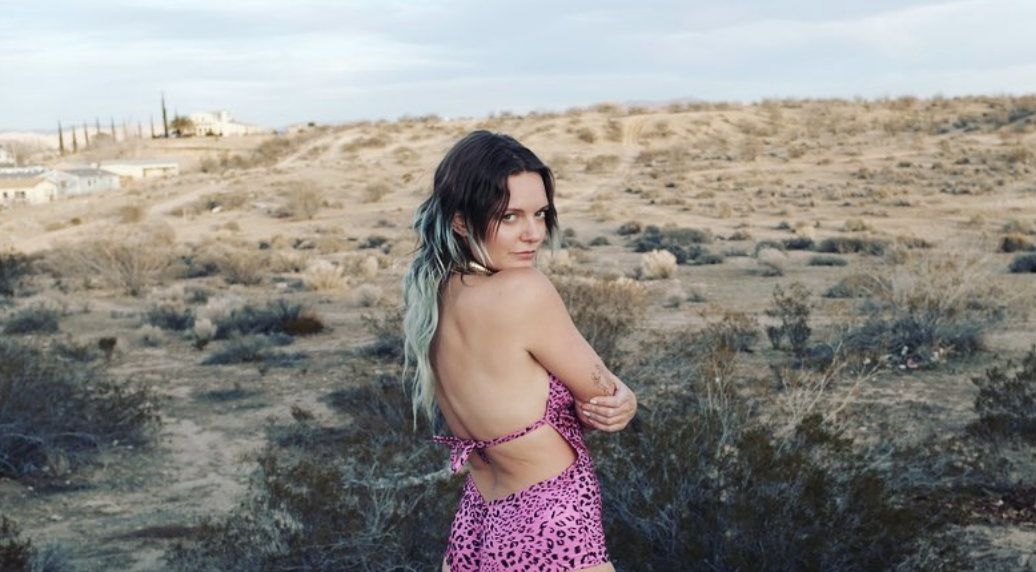 Ebba Tove Elsa Nilsson or better known by her fans as Tove Lo was born on October 29, 1987, and is referred to as “Sweden’s darkest pop export” by Rolling Stone. She is known for her raw, grunge-influenced take on pop music.

The singer who has 1.8 million followers on Instagram shared her latest video with the world on Friday, January 17, 2020, and said, “anyone shocked it’s basically me running around in a bikini? Didn’t think so.”

The nearly 3-minute long video shows the dancer dressed in various different colored bikinis as she dances around the desert, a bar, elevator, hotel pool, gym, and even on the back of a flat-bed trailer.

In one scene, the barefooted singer is dressed in a leopard print one-piece bikini as she’s dancing around the inside of a CD shop before she’s removed and taken to the parking lot.

During a recent interview with Rolling Stone, the singer told the magazine this video was very fun and very bizarre to shoot. “There were only seven of us in a van as the crew driving around Victorville. Been a while since I did a run and gun shoot; I loved it!”

Tove Lo ended her Instagram post by thanking the good people of Victorville and Hesperia. “Thank you for being so nice and for not calling the cops on me. Time to drink champagne all day xx.”

#BIKINIPORN Video is out! Anyone shocked it’s basically me running around in a bikini? Didnt think so. Thank you @monibelle and @clyde.munroe for this beautiful weirdness. You put the fun in run and gun ❤️ To the good people of Victorville and Hesperia, thank you for being so nice and for not calling the cops on me. Time to drink champagne all day xx Director: @monibelle Producers: @monibelle @tovelo @twadddle Filmed by: @monibelle @clyde.munroe Editor & Colorist: @clyde.munroe Hair & Makeup: @prestonwada Styling: @annieandhannah 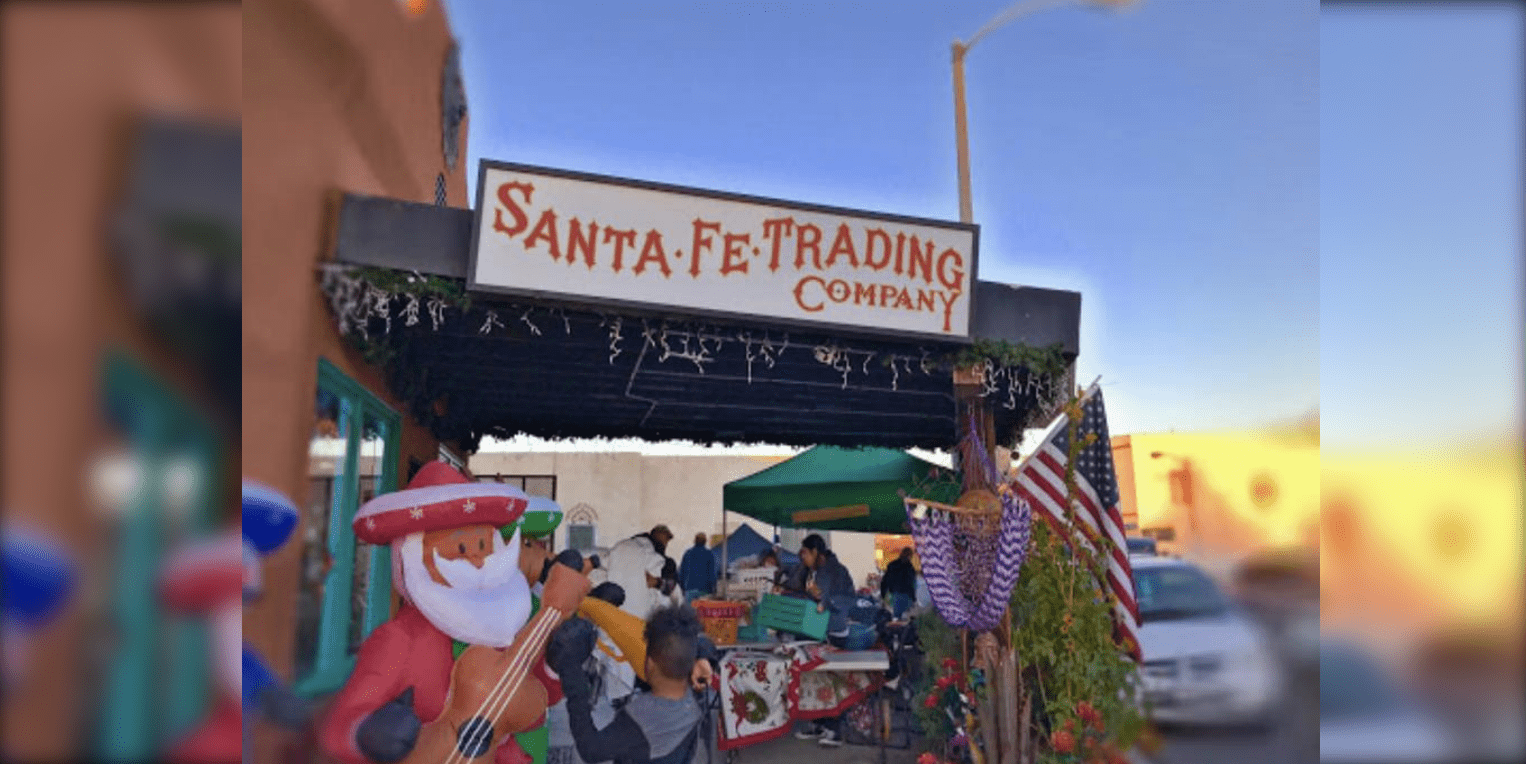 VICTORVILLE, Calif. (VVNG.com) — With the holidays quickly approaching and the malls busier than ever, Santa Fe Trading Co is hosting a holiday art and craft fair and a chance at more unique gifts.

Some of the items that will be offered include crochet items, metal work, paintings, jewelry, clothing, homemade dog treats, shabby chic furniture and more.

In addition to vendors, there will also be Christmas carolers,  performances by “Harmonology,” and the Country Crossroads band throughout the event. Artist Sydney Encarnacion will also be singing from 11:00 a.m. to 3:00 p.m.

The event is for all ages and Santa Claus will also be in attendance and available for visits and pictures during the event.

Refreshments will be provided by D’vine wine bar and include wine and beer for $5.00 and hot chocolate for $2.00. Food will also be offered and choices include tacos, burgers, bbq, and hot dogs.

Though this is not classified as a cash-only event it is recommended to bring cash as some vendors do not accept cards.