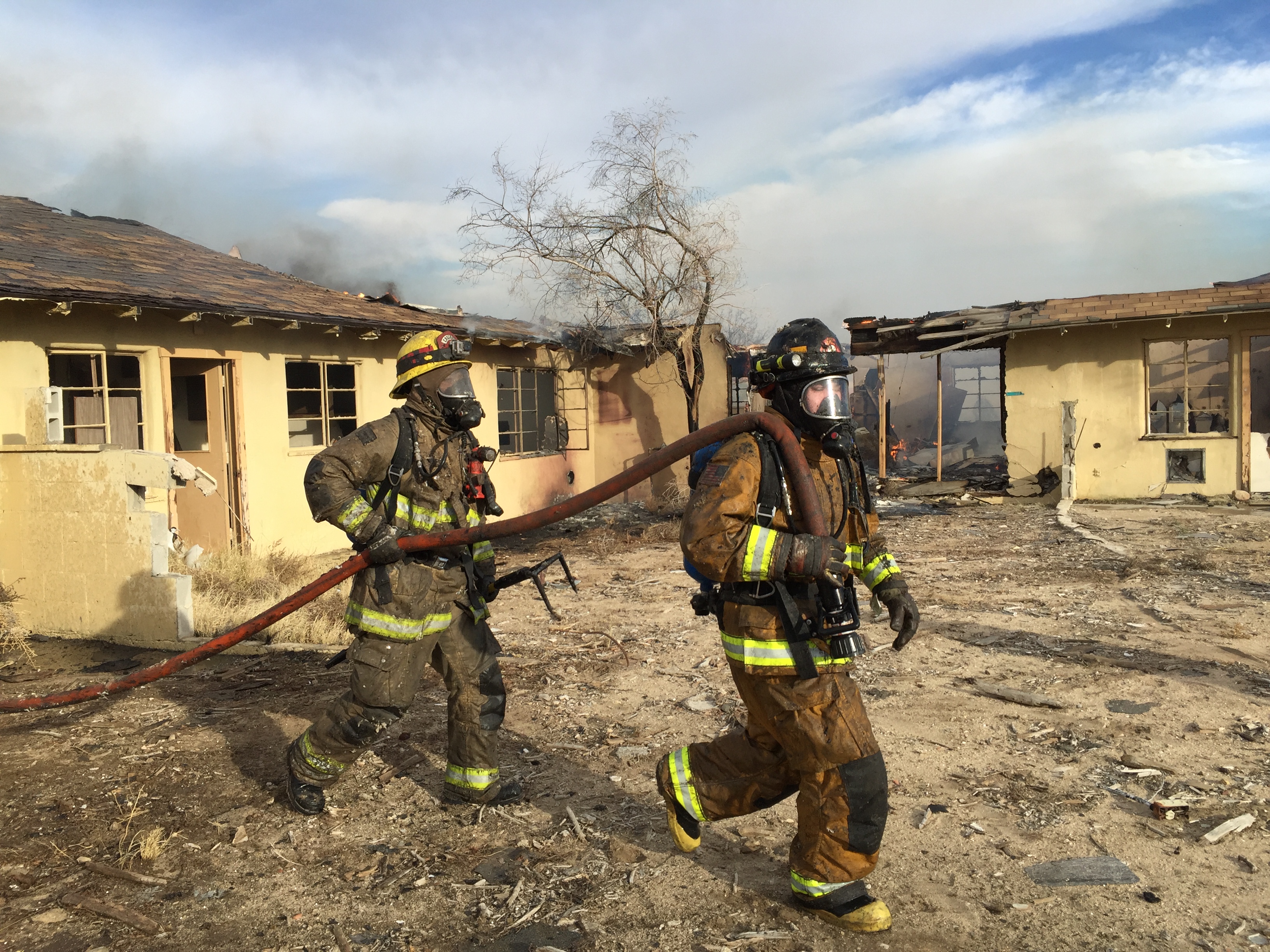 Victorville, California (VVNG.com): Firefighters were dispatched to the George Air Force Base to battle a second-alarm fire.

The fast moving fire quickly spread to several multi-family structure units that sit on the abandoned military base.

The base has been closed since 1992 following the end of the Cold War.

The Airforce base has been in the process cleaning contaminated soil since the 1980s after contaminates such as jet fuel, pesticides, paints and solvants spilled and leaked into the ground.

The base, located at 18374 Phantom Street, now is part of the Southern California Logistics Airport and has been a popular place for crowds to illegally visit at night claiming that the location is haunted.

More than a dozen firefighters on scene battling the blaze trying to prevent from spreading more with the high winds the Victor Valley is experiencing today.

One Man’s Dream; Celebrating the Life of A Civil Leader