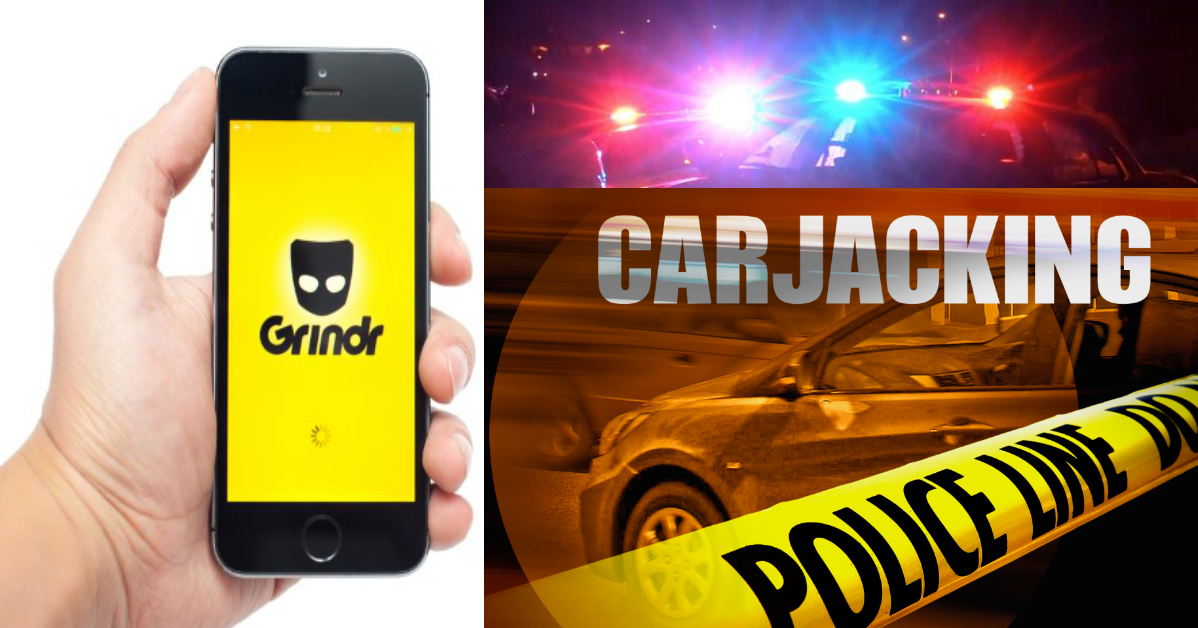 According to a Victor Valley Sheriff’s Station news release, over the past two weeks deputies have conducted two separate carjacking investigations. On both occasions, the victim’s had blindly met the suspect’s using the dating application “Grindr.”

The first carjacking occurred on Sunday, May 15th near the intersection of Muskrat Avenue and Air Expressway in the city of Adelanto. Through investigation authorities identified the suspect as 24-year-old Steven Thomas, a resident of Victorville. Police said Thomas used a firearm to steal the victim’s vehicle and wallet. Thomas who had recently been paroled for possession of stolen property, was arrested by the Sheriff’s Specialized Enforcement Division in the City of Desert Hot Springs a few days after the incident, according to the release.

The second carjacking occurred Monday, May 23, 2016, near Yates Road and Ridgecrest Road in Victorville. The suspect, identified as 24-year-old Adelanto resident Allan Soto, allegedly stole the victim’s vehicle using force. Soto was located a few hours later and arrested with the assistance of the San Bernardino County Sheriff’s Departments Aviation Division. Both victim’s vehicles were recovered by deputies and returned to them.

Court records show Soto is currently being held on a $250,000 bail and is scheduled to appear in court Wednesday afternoon. Thomas is being held in detention with no scheduled court appearance.

Citizens are encouraged to be diligent and safe when using any type of social media dating applications. Anyone with information about criminal or suspicious activity is encouraged to contact their local Sheriff Station or WE-TIP at 1-800-78CRIME (www.wetip.com) and can remain anonymous.