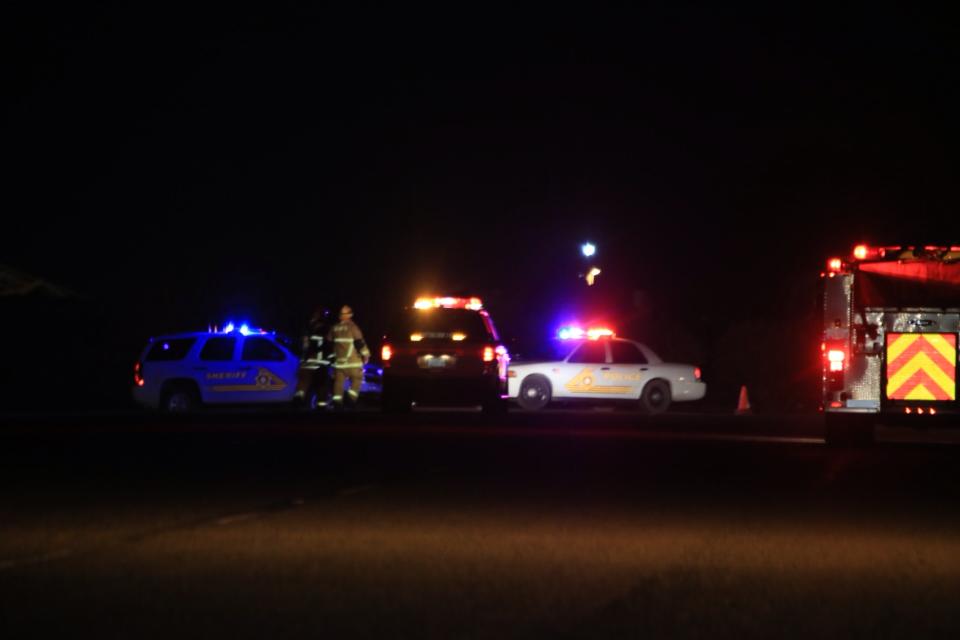 ADELANTO: A gas leak prompted the evacuation of a half mile radius of an isolated area along Adelanto road. The surrounding street’s were immediately blocked off to through traffic. As a precaution the area to the east of Adelanto road was also evacuated.

Sheriff’s central communications center received a call reporting a vehicle that crashed and ruptured a main gas line. The reporting party stated the driver of the vehicle appeared to be passed out inside of the vehicle.

The incident was reported at approximately 8:30 p.m., on Monday and upon arrival, firefighter’s quickly secured the area due to the ruptured gas line.

Mercy Air was requested and the unidentified patient was airlifted to an out of area trauma center.

South West Gas responded to the scene and assisted in helping to secure the ruptured gas line. Per scanner traffic, the leak was secured and the attack terminated at 21:47.

At this time it’s unsure what caused the accident and if any other vehicles were involved. More details will be updated as they become available.

For more late breaking news join our Facebook group “VVNG” with over 27,500 members.