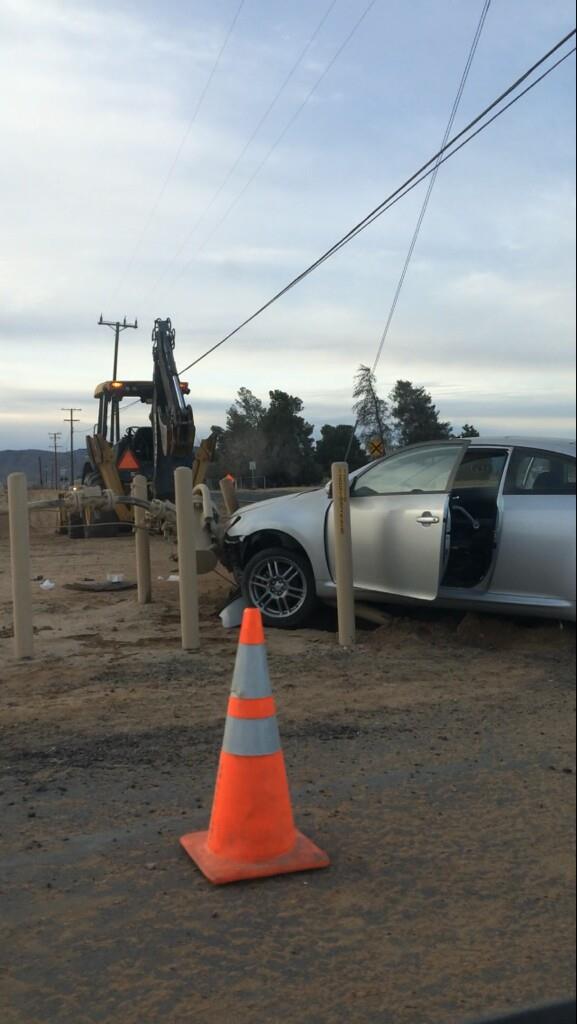 APPLE VALLEY: A gas leak prompted the evacuation for many residents living within a two-mile radius of Tussing Ranch and Kiowa road. Initial reports of the possible gas leak were first reported in Victor Valley News Group on Facebook. Several group members who live in the area described hearing what sounded like a screeching sound or even a jet engine. Within minutes additional members started reporting a strong smell of gas in the same area.

“I just got a call at 5:30 a.m. to evacuate if you live with in 2 miles of Tussing Ranch and Kiowa,” shared Darla Jean via VVNG.

Some residents received phone calls alerting them to evacuate, while others received a knock at their front door by emergency personal. Most of the two-mile area was under evacuations by about 5:30 a.m. on Saturday morning. Many residents were displaced for several hours while crews inspected the area before allowing people to return. The evacuations were lifted at about 7 a.m.

The exact cause of the incident is still under investigation. Although, it’s believed a Scion TC that remained at the scene wrecked into a natural gas pipe causing the gas leak. No further details regarding the incident are available at this time.

Employees from Southwest Gas responded to the location and managed to shut off the leaking pipe. The leaked gas drifted away and no further evacuations remain in effect. No injuries were reported relating to this incident.

VVNG member Frank Jackson shared, ” I just want to point out that I put the radio on FM and on the AM. Googled and found nothing until I went on Victor Valley News after we left. This was a good resource to have in our community. Keep it up fellow concerned citizens”!