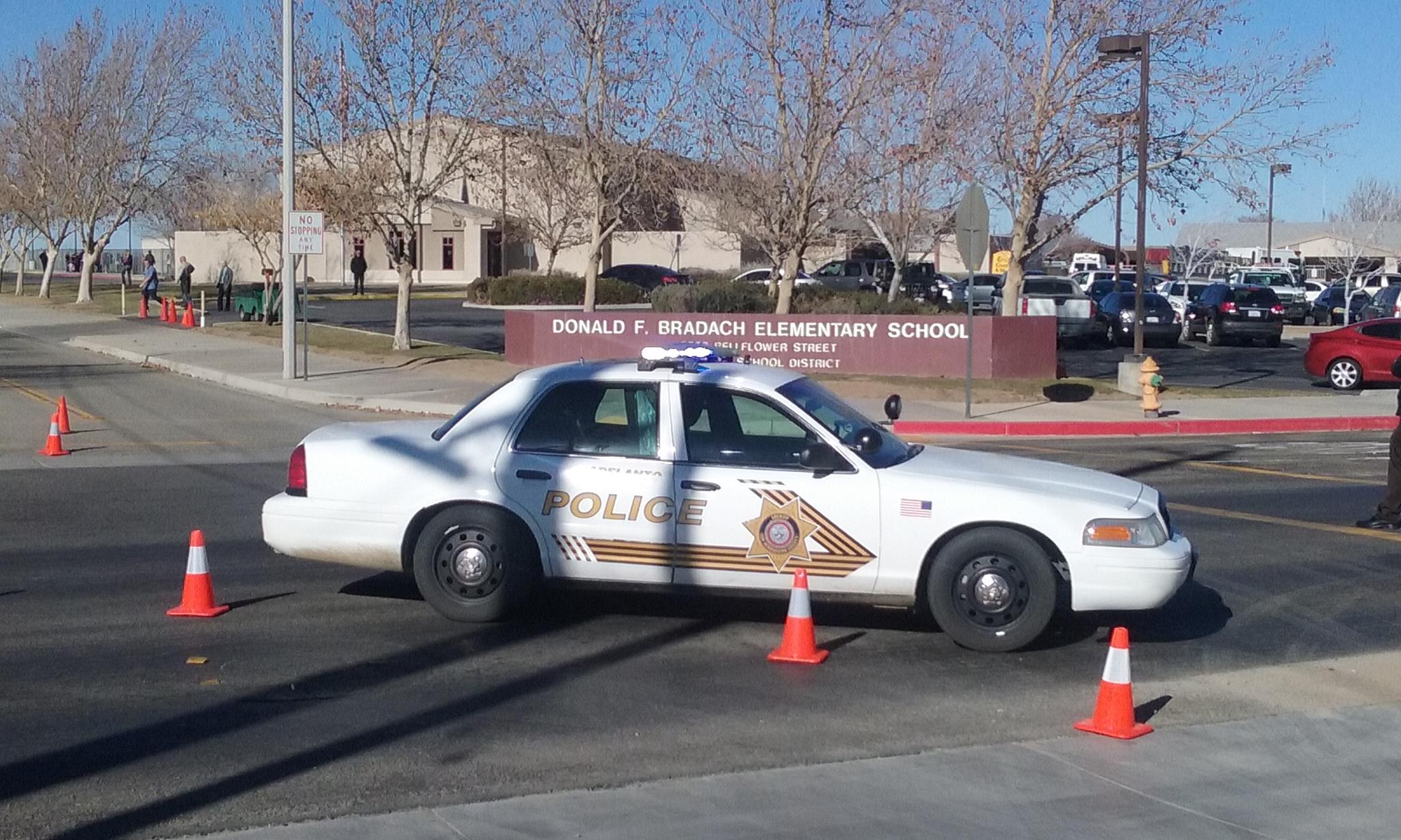 UPDATE @ 12:30 PM: All classrooms have been cleared and no gas leak was found at Donald F. Bradach Elementary. Parents were allowed to keep their children at the school.

The possible gas leak was reported shortly after 9:00 AM., on the campus located at 15550 Bellflower Street in Adelanto.

Firefighters determined a full campus evacuation would be necessary. A command post has been established on the school campus.

Per scanner traffic, several children were complaining of headaches. As a precaution, an ambulance is at the scene.

Peter Livingston, Director of Child Welfare and Attendance told Victor Valley News, “evacuations are being done as a precaution”.

Parents have been notified and are being allowed onto the school parking lot to pick their children. Sheriff’s Officials said, “Fire set up a command post and deputies coordinated with public works for hard road closures to direct parent pick up traffic to the student evacuation point on the south-west side of the school grounds.”

The story is currently developing and more information will be updated as it becomes available.