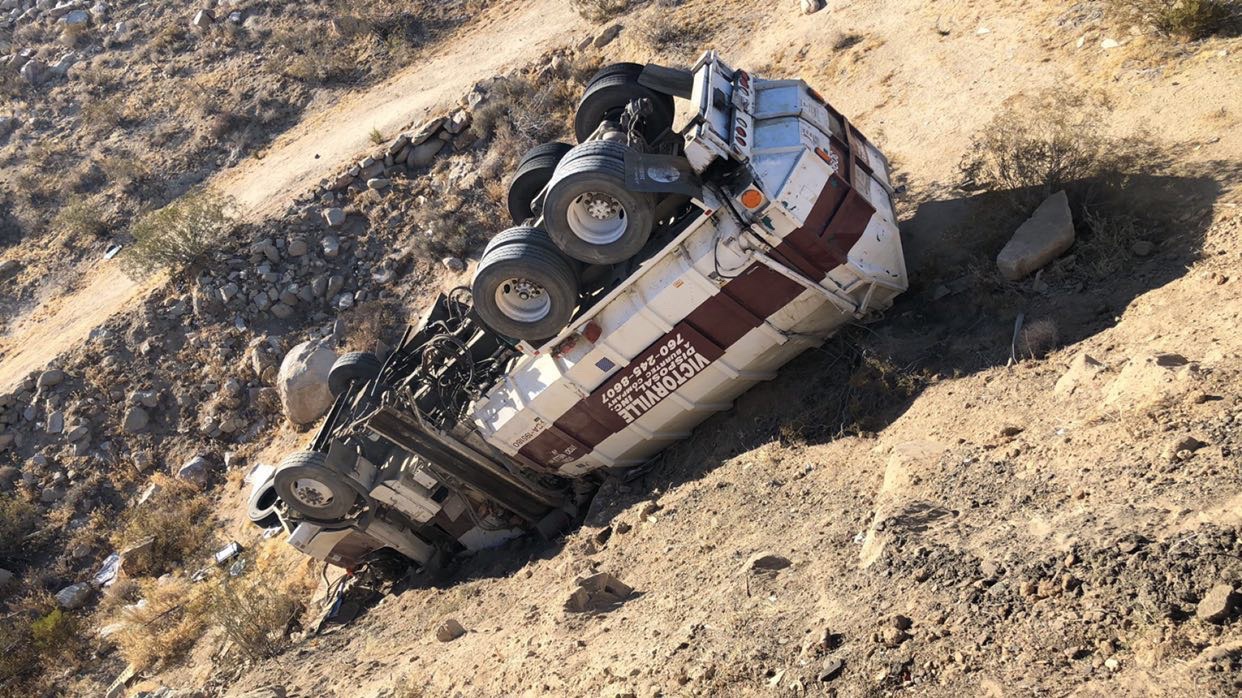 APPLE VALLEY, Calif. (VVNG.com) — A garbage truck driver is lucky to be alive after his truck crashed off the roadway and went several feet down a steep embankment where it landed on its roof.

Firefighters arrived on scene and found the Victorville City Sanitation truck over the side and on its roof. The driver had self extricated and sustained a minor laceration to his head but was not seriously injured.

No other vehicles were involved in the crash. At least two additional truck’s had arrived on the scene to help unload and transfer the waste. The weight of the load was not known.

The Apple Valley Sheriff’s Department is investigating the crash.