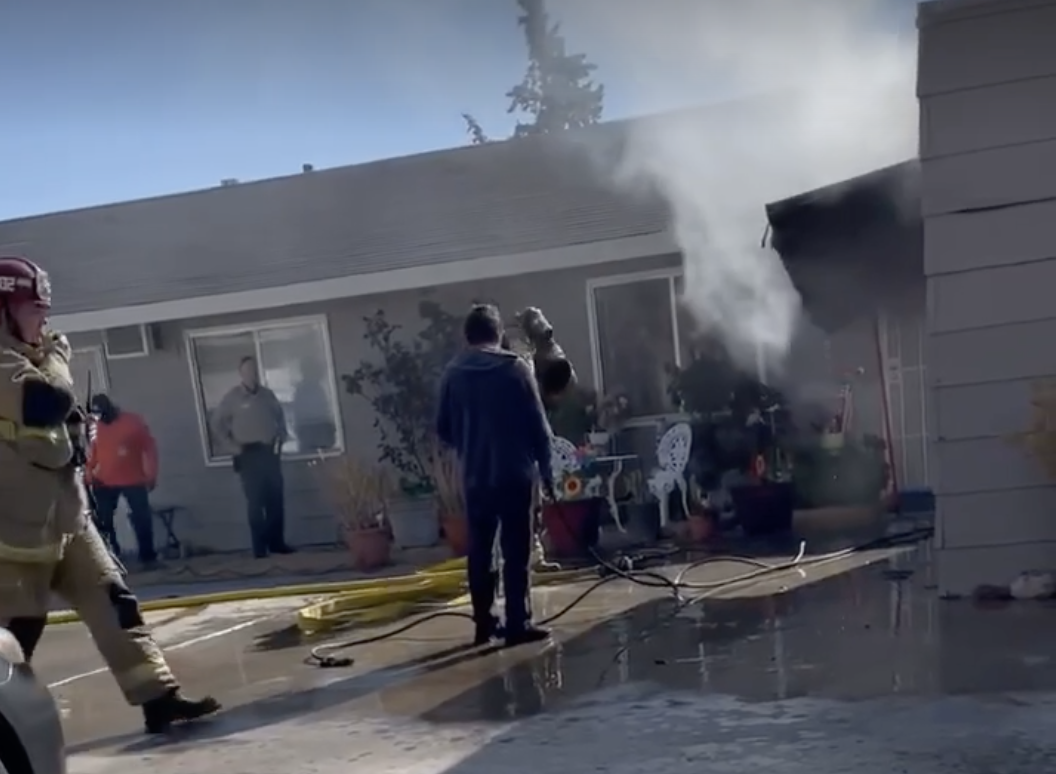 HESPERIA, Calif. (VVNG.com) — Authorities are continuing to investigate a garage fire in Hesperia that left a man dead and a woman hospitalized.

Deputies from the Hesperia Police Station along with personnel from the San Bernardino County Fire responded and located smoke showing from a detached, single car garage.

While crews were initiating a fire attack, bystanders advised that people may be inside the structure. Crews made entry and quickly located two victims, a male and a female, and rescued them from the garage.

According to a San Bernardino County Fire news release, the single car garage, being used as a living quarters was badly damaged by smoke and fire. No working smoke detector was found inside the structure.

It took firefighters approximately 10 minutes to knock-down the fire and the cause of the fire remains under investigation.

Sheriff’s Bombs and Arson Detail responded to the location to conduct the investigation along with County Fire investigators.