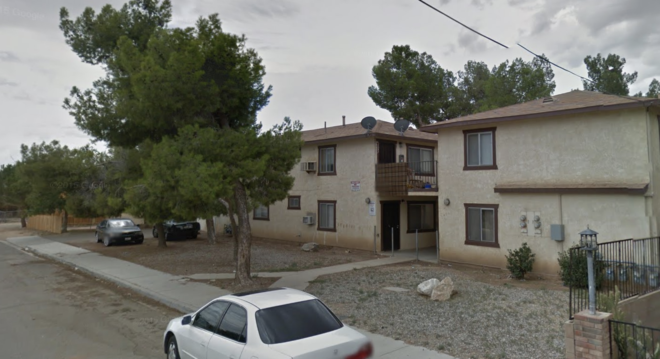 Deputies from the Victor Valley Sheriff’s Station responded to the location after receiving reports of shots being fired inside the apartment complex.

When deputies arrived, they located three fired cartridge casings in the breezeway of the complex approximately 15 feet from several occupied apartments.

Through the investigation, deputies identified the suspect as Nathaniel Colbert, a documented gang member out of Los Angeles. Authorities also determined he was a previously convicted felon prohibited from possessing a firearm.

Deputies located Colbert exiting an apartment within the complex and arrested him. The firearm used was found hidden inside a closet of the residence where he was staying with friends, officials said.

Colbert was booked at High Desert Detention Center on multiple charges including a warrant hold for DUI out of Orange County, according to public jail records. His combined bail is at $90,000 and is scheduled for a preliminary arraignment in a Victorville courtroom on January 21, 2020.

Anyone with information regarding this crime is urged to contact Deputy L. Torres at Victor Valley Sheriff’s Station, (760) 552-6800.

Anyone wishing to remain anonymous can report information to WeTip by calling 1-800-78-CRIME, or by accessing the website at www.wetip.com.