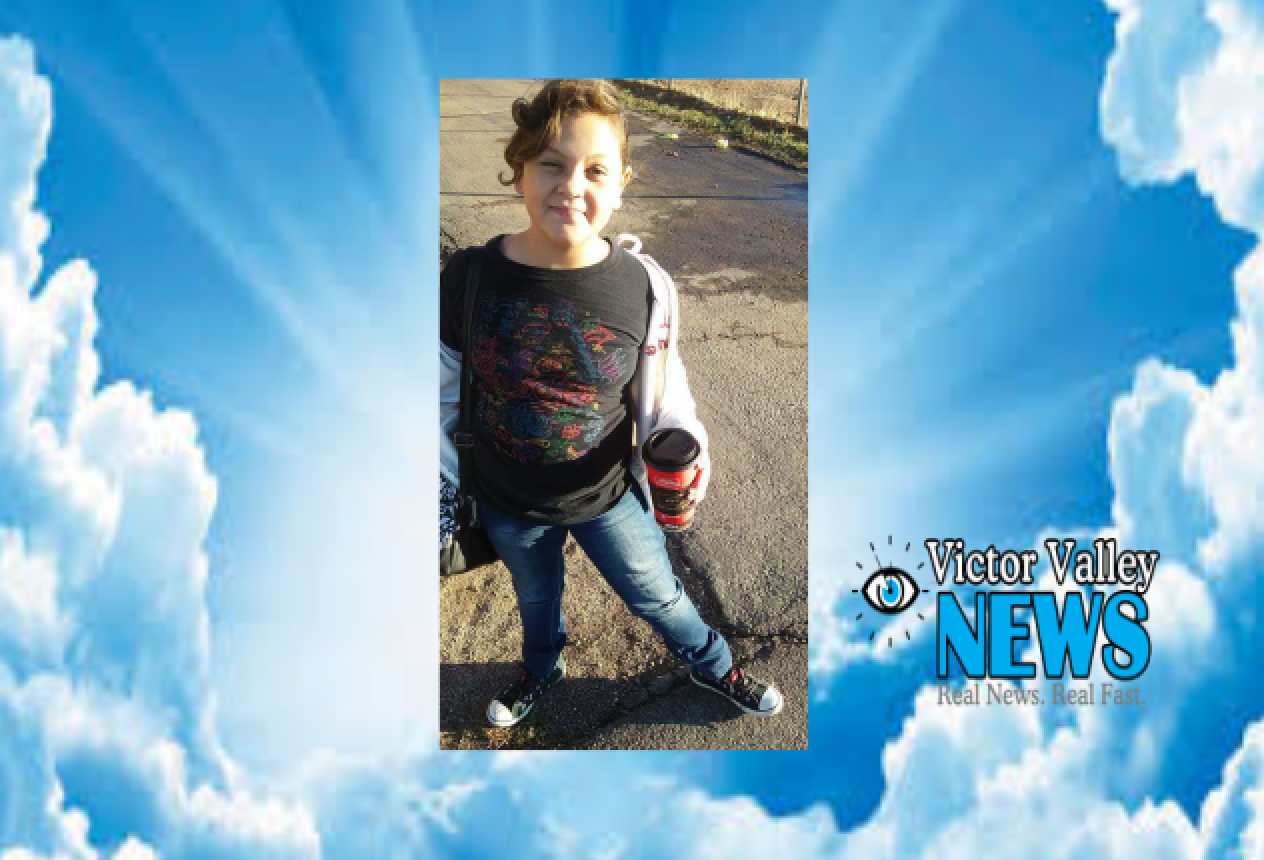 APPLE VALLEY-(VVNG.com): A family is forced to move on, heartbroken with the loss of their 11-year-old little girl who died just a day after Christmas. Malorie “Malibu” Diguardi, an honor student at Phoenix Academy in Apple Valley, was on her way home from a trip to Texas with her brother and grandparents. The weather began to get bad, and the family planned to stop for the night as soon as they found a hotel to stay at.

They cautiously continued on Interstate 40 in the Mini Cooper driven by her grandfather, Joe Tester. Suddenly, for reasons still under investigation, a semi-tractor trailer slammed into the back of the vehicle. Malorie was at the point of impact and stood no chance against the deadly crash and was pronounced dead at the scene.

Her grandparents were also badly injured and her brother required numerous stitches and a staple to an open wound on the back of his head. Tester suffered the brunt of the injuries with several broken bones, including several to his spine.

Her grandmother Peggy Diguardi Tester is recovering from two fractured ribs. Both are recovering, but there is one thing broken in the family that can not be fixed, their hearts due to the loss of the beautiful child. “ I know he [Joe Tester] is blaming himself ,but I have told him that it is not his fault that she belonged to God from the beginning. We were loaned an angel just for a short time,” said Kimberly Diguardi, Malorie’s mother.

Although, Kimberly Diguardi, ] is left to mourn she also has had to step into action to get her parents home from New Mexico. Local businesses as well as the community has come forward with emotional and financial support through fundraisers.

“As you all know this has been a very difficult time for me and my family, but the love and support that we have received during this time of need has been truly amazing. To see so many people come together and all the love and prayers that have been sent our way is beyond belief,” said Diguardi. The expenses incurred and still adding up are just another thing for Kimberly Digardi to think about as she takes the necessary time off of work needed to plan for her daughter’s return home and funeral. The Go Fund Me account goal was not only met, but exceeded, but due to the complicated nature of the collision with it being out-of-state the expenses may also exceed the goal.

The tiny body of Malorie was flown home on New Year’s Eve, all dressed up in some of her new Christmas clothing gifts her mother said. The community has asked when the memorial and burial will be. Kimberly Digardi said that they have now been planned for Monday, January 11, 2016 at 11:30 a.m. at the Victor Valley Mortuary. The public is welcome to go to pay their respects to the life that seems to be gone far too soon. “God gave me the most precious gift in the world and for some unknown reason, to me has now taken her back. This is beyond any grief and pain that anyone could imagine,” said Kimberly Diguardi”