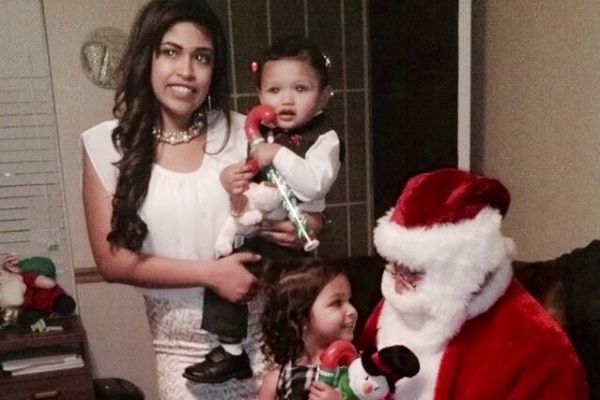 HESPERIA:(VVNG.com)- The San Bernardino Coroner’s Department has identified the woman killed in Wednesday morning’s crash as 26-year-old Jessica Martinez, a resident of Hesperia.

On June 1st at approximately 4:45 AM, Deputies were alerted to a two vehicle traffic collision on Bear Valley Road between 2nd and 3rd Avenue. When deputies arrived on scene they locate a red Ford Focus and a gold Chevy Malibu with major front end damage blocking the roadway.

Paramedics responded and pronounced Martinez dead at the scene. The unidentified driver of the Malibu was extricated and airlifted to Antelope Valley Hospital with life-threatening injuries.

Jessica was the oldest of four siblings and leaves behind her 5-year-old daughter and 2-year-old son.

A fundraiser “Dining to Donate” is scheduled for Friday, June 10th at Applebee’s in Apple Valley. A portion of the bill will be donated to Jessica’s family.

A gofundme account has also been set up to help her two children she leaves behind. On the gofundme account entry, Jessica is described as a loving and hardworking mother. “If you can help us to support her children in any way during this nightmare, we would genuinely be grateful.” Those wishing to donate to the gofundme account can follow this link: https://www.gofundme.com/27hw5dj8

The collision is under investigation by the San Bernardino County Sheriff’s Department, Hesperia Station, Major Accident Investigation Team. Anyone with information, or anyone who may have witnessed the collision, is asked to contact Deputy Derek Zane or Deputy Eric Getts from the Hesperia Sheriff’s Station at 760-947-1561.

Please be sure to present this flyer at the “Dining to Donate” fundraiser at Applebee’s on June 10th.