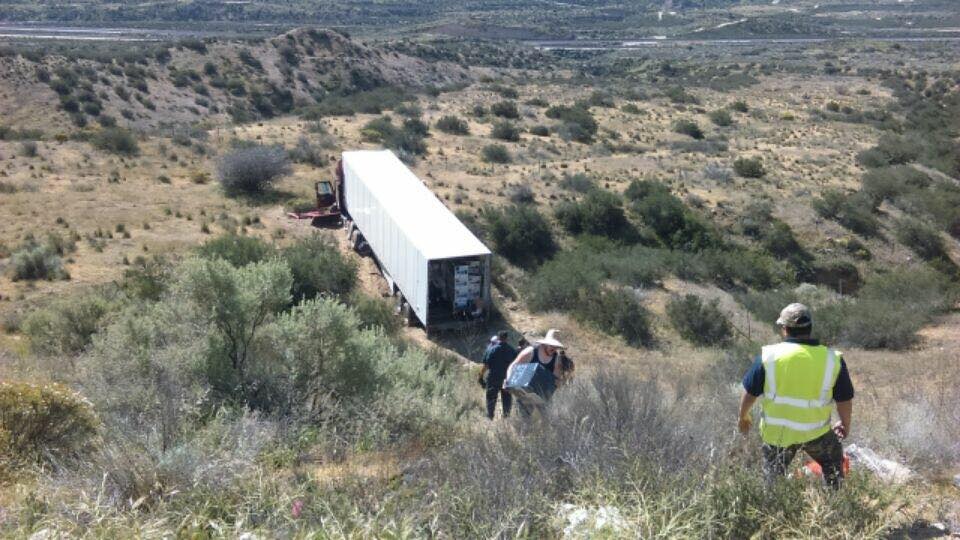 PASS-(VVNG.com):  Over twelve hours following a major Sunday morning accident, drivers are experiencing delays on both the I-215 and the I-15 freeways Northbound from the Devore to the Oak Hill area. Delays are somewhere between 2.5-3 hours, adding nearly two hours to a smooth commute through the Cajon Pass area.

The traffic has been delayed due to a 6:52 A.M., traffic collision that caused a tractor-trailer, carrying approximately 20,000 pounds of electronics, to go over the side of the freeway.  The truck stopped 500-600 feet down the steep terrain leaving the driver without any major injuries.

The traffic delay was slowed for most of the morning, into the afternoon when the freeway was reduced to two lanes. Just after 3:00 P.M., a tow truck was called in to pull the truck back up to the surface which caused an additional lane to remain closed.

Following the truck being brought back up to the roadway and removed from it, the approximately 50 gallons of fuel, 15 gallons of motor oil and 20 gallons of anti-freeze required a Hazmat clean up.