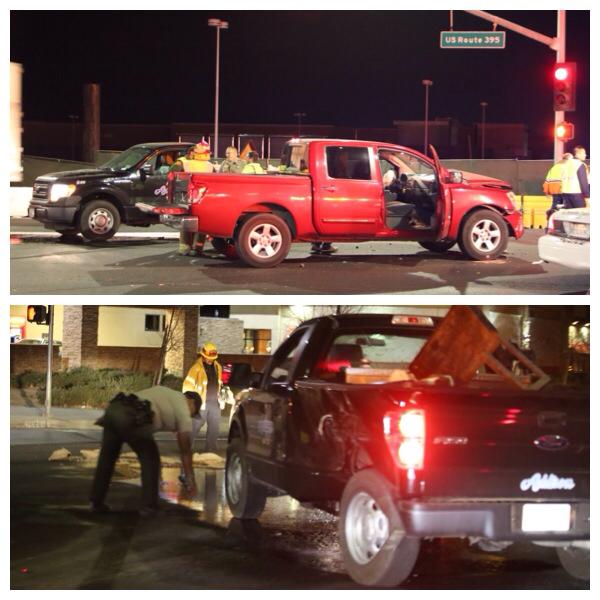 ADELANTO: A black Ford F-150 quarter ton pick up transporting over 100 gallons of gasoline in two external 55-gallon tanks, was involved in a traffic collision.

At least one of the tanks ruptured during the accident causing fuel to spill onto the roadway, eventually leading to a portion of highway-395 being shut down.

As of 7 p.m. the stretch of highway-395 between Seneca road and Palmdale road  remained closed to south bound traffic. The back up is reported to go back for several miles.

A Hazmat crew has been requested to assist with the fuel spill clean up.

The collision occurred at the intersection of Highway-395 and Adelanto Market place just before 6:15 p.m. on Saturday. Both pick-up trucks sustained noticeable damage and the exact cause of the accident is unknown at this time.

More details will be posted as they become available. For more late breaking news join our Facebook group “”VVNG“” with over 25,700 members.