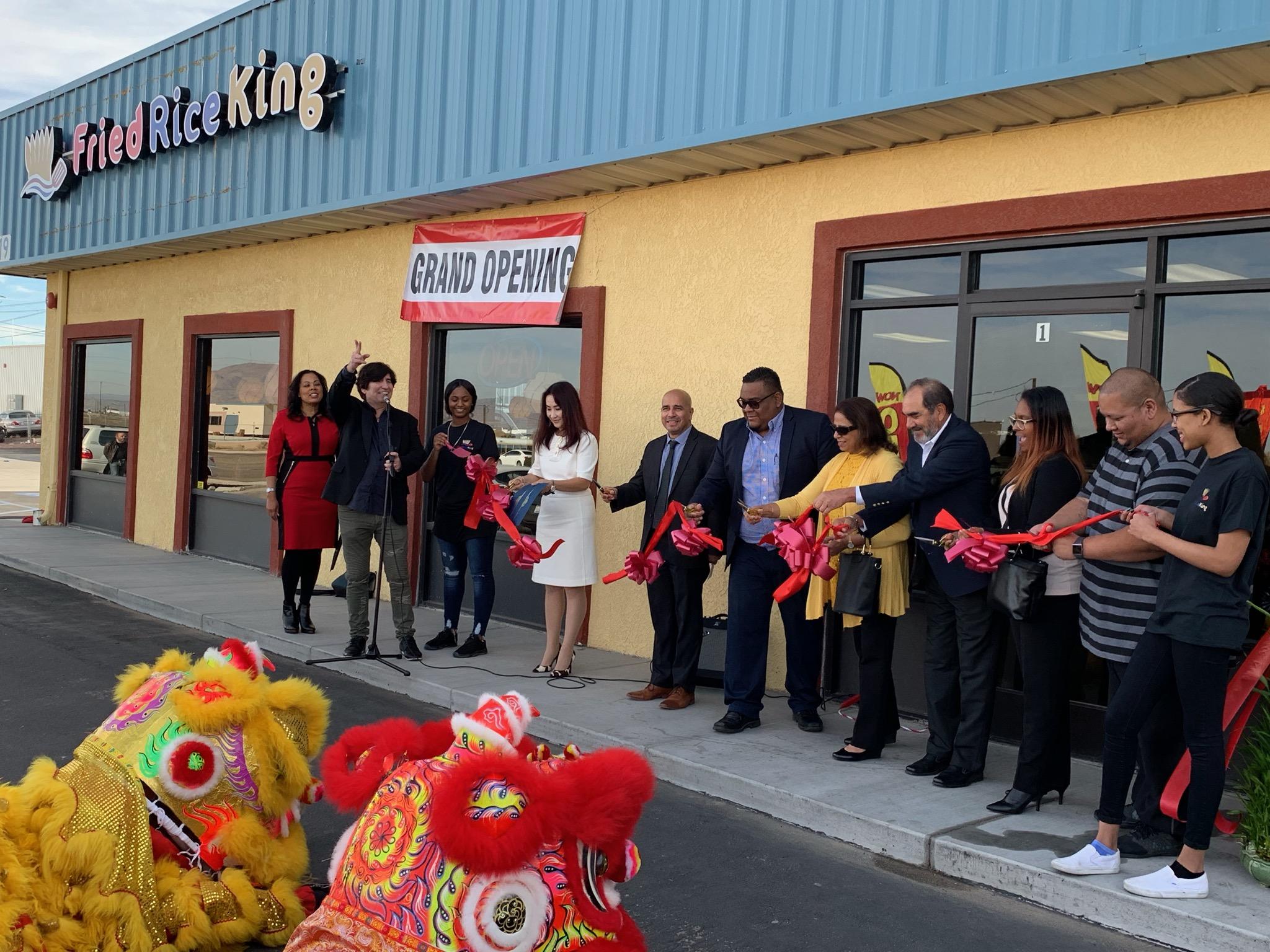 Fried Rice King, located at 11619 Rancho Road in Adelanto, employing three full-time and four part-time workers, will be open for business Monday through Saturday from 9:00 a.m. until 7:00 p.m., closed on Sunday.

“It is always exciting to see and welcome a new business to our city, and we hope that this will be the start of many more to come,” said Mayor Reyes.

When asked why Adelanto was chosen for the location, Wu simply said “because of the possibilities,” then jokingly saying it matches the city’s slogan of being the “City with Unlimited Possibilities.”

Wu indicated that although the restaurant also offers catering, it is still in the process of arranging to deliver meals as well.