VICTORVILLE:-(VVNG.com):  At approximately 5:30 p.m. on Friday, January 16th a traffic collision was reported in the 395 northbound in the right hand turn lane near Palmdale Road. The white Ford Mustang was on the shoulder area preparing to make the right turn while the semi-trailer truck was in the far right lane preparing to make a right turn also.

The Ford Mustang was towed from the scene of the accident. The semi-truck continued on once the drivers exchanged information and made the report to the officers on scene. There were no injuries reported as a result of this accident. 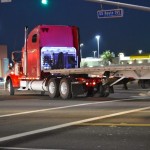 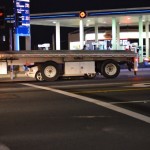 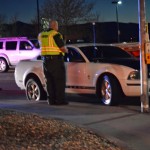 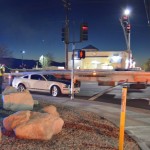 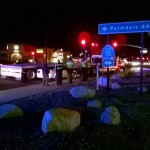