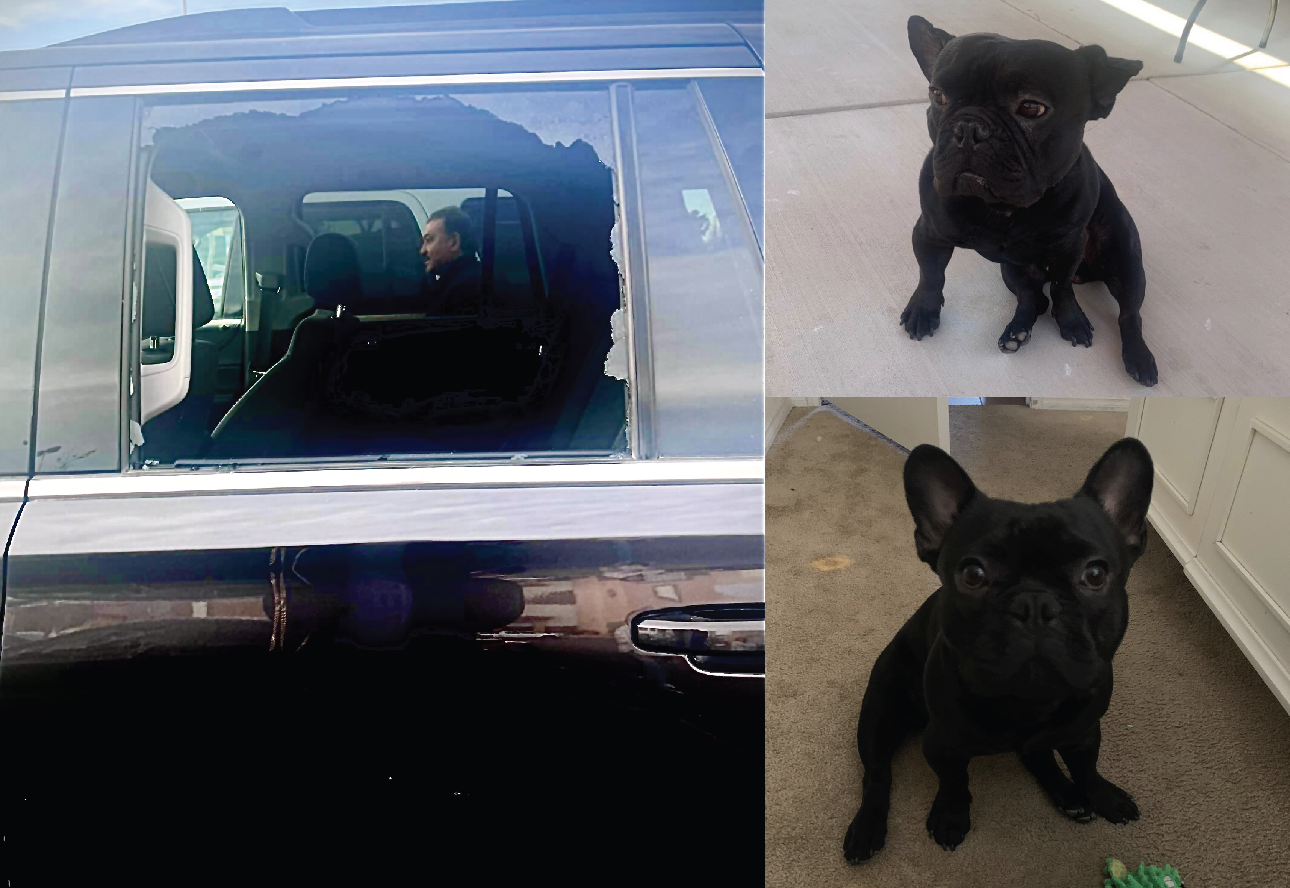 (A window was shattered and Ben the black Frenchie was stolen.)

HESPERIA, Calif. (VVNG.com) — A family is devasted after their French Bulldog, Ben, was stolen from a car broken into at the Target shopping Center in Hesperia.

“Ben was stolen around 3 p.m. at the Target parking lot, two cars were broken into, and one happened to be mine,” stated the dog’s owner Marlene Leon. “I was parked between Ross and Target.”

Leon said was shopping inside Ross when she briefly left Ben inside the car with the air conditioning system running, and upon returning she discovered a broken windshield with Ben nowhere to be found.

French Bulls can be valued at thousands of dollars, however, Leon said it has nothing to do with his financial value, but instead with the love the family shares with him.

“It’s like losing a family member, it doesn’t matter what of dog he is, or how much he is valued, he is our family.”

Leon said she is hoping that by sharing her dog’s photo someone will recognize Ben and call the Hesperia Police Department.

Ben was last seen wearing a baby blue collar, and has one ear that remains down, Leon said.

No suspect information was available. The family said they were unsuccessful in obtaining parking lot surveillance footage from the local stores in the shopping center.

The owner is offering a cash reward for the safe return of Ben. Anyone with information on his whereabouts may contact Deputy Hawkins with the Hesperia Police Department with reference to case # 192208492.