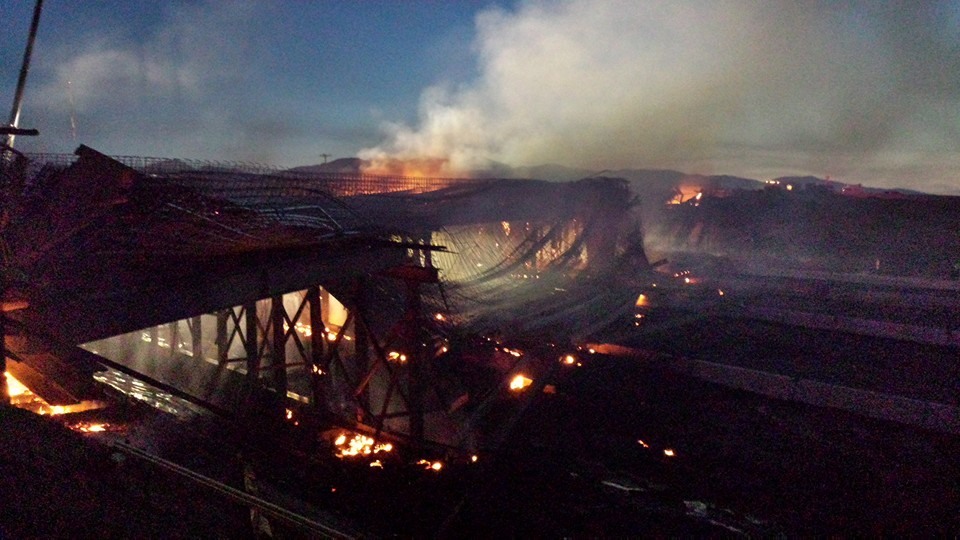 HESPERIA: At approximately 1:35 pm, it was reported that the Ranchero Interchange Bridge was engulfed in flames.

San Bernardino County Fire Department, City and CalTrans officials are on scene as of 10:30 p.m., Monday night. The fire is still burning on portions of the bridge structure. Burning debris has been falling from the structure onto the freeway below.

Motorists should expect significant delays and are urged to avoid the area if possible. This portion of the freeway will be closed for at least 24-hours and possibly up to 96 hours according to the latest reports.

The freeway overpass was being demolished by a demolition crew late Monday afternoon.

One driver heading back from Rancho Cucamonga described the freeway to be at a standstill, and the typical 45 minute commute took over 5 hours.

It’s believed the fire began after high winds carried sparks from a workers torch onto the wood frame.

The $60,000,0000 (60 Million dollar) project will no doubt be delayed after the fierce fire destroyed over a years worth of work.

A CHP unit responding to the fire was involved in a traffic collision on Mariposa and Main St, which only added to the already backed up traffic.

It took more than 60 firefighters to battle the flames against wind gusts up to 35 mph.

The freeway is Southern California’s main connector to Las Vegas and to Los Angeles for the High Desert, which more than 67% of the Victor Valley rely in the stretch for their daily work commute.

*I-210 via Waterman, through Crestline, Sliverwood Lake, taking you by Mojave River Fork Campground, DeepCeek, Hesperia Lake and finally in Main St. Hesperia. This avoids Summit Valley Rd. (Good luck. It is quite a drive)

If you have know of any alternate routes not mentioned above please comment below. Please be sure to join our FB group “VVNG” with over 35,200 members www.facebook.com/groups/victorvalleynews. 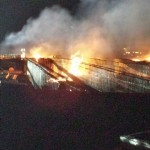 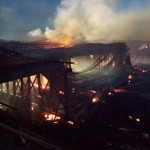 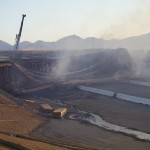 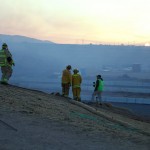 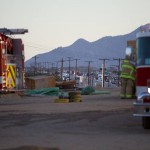 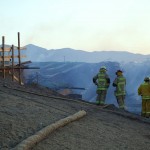 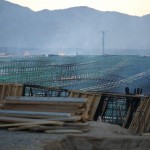 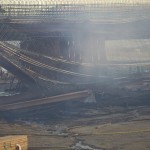 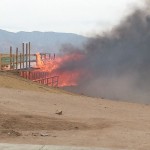 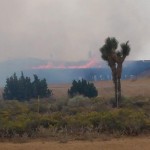 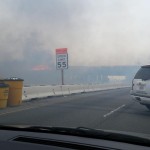 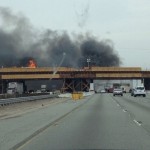