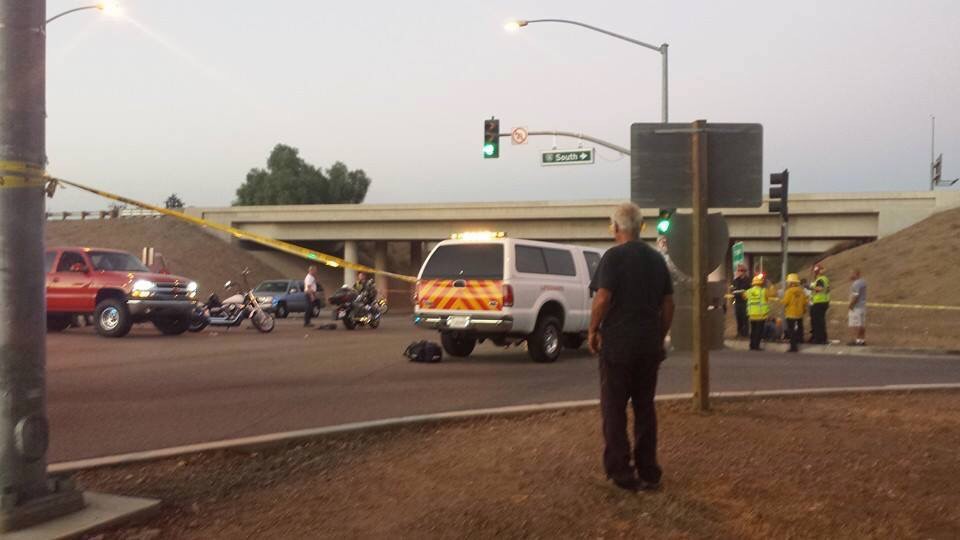 CORONA:(VVNG.com)- At approximately 6:30 p.m., on Saturday evening a fight ensued between two notorious biker gangs known as Hell’s Angels and the Mongols. According to initial reports, what started as a fight escalated into a shooting and a crash on the southbound 15 freeway near El Cerrito Road in Corona.

The shooting between the biker gangs caused at least one shooting victim to be transported to Riverside Community Hospital for treatment. The hospital, is being guarded while the patient or patients are being treated to prevent any retaliation or further violence as a result of this incident.

There was a motorcycle chase between the two gangs preceding the motorcycle crash. The shooter attempted to exit at the El Cerritos exit, but was stopped at the off ramp, according to CHP reports.

The mid-evening crash and subsequent shooting caused a full closure of the 15 freeway South near Cajalco Road in the city of Corona diverting traffic at Ontario Avenue. The closure caused major traffic delays for commuters in the area.

At this time details about the exact number of victims is unconfirmed. More information will be updated as it becomes available.

Drivers are asked to avoid the area for several hours while the investigation continues.