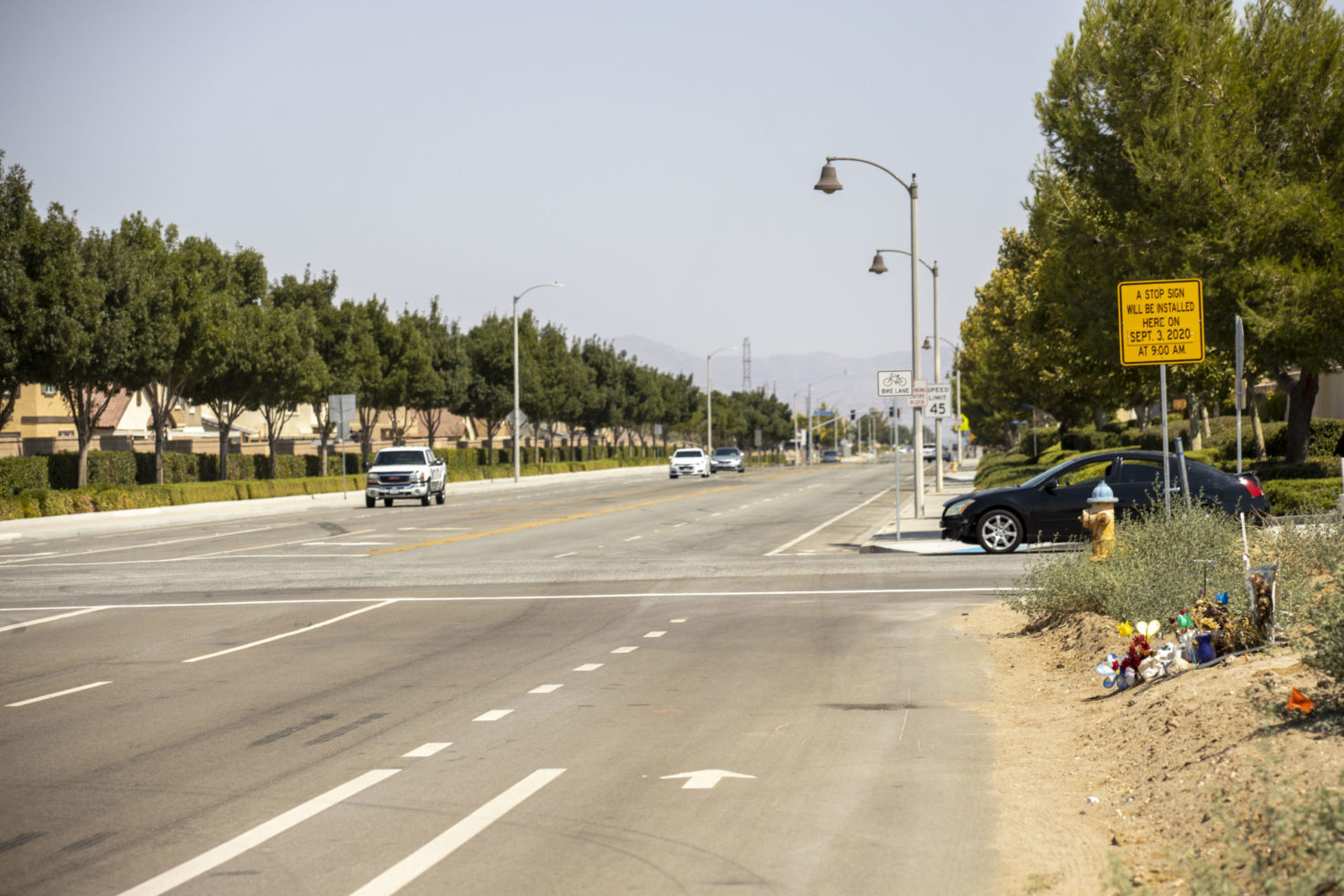 VICTORVILLE, Calif. (VVNG.com) — As of 9:00 AM Thursday, September 3, 2020, La Mesa Road and Cantina Drive in Victorville is a four-way intersection.

The Highway 395 and La Mesa Road intersection which included the installation of a traffic signal opened to the public on January 15th of this year. The project also included connecting La Mesa Road to Cantina Drive with cross-traffic stopping at Cantina.

The intersection quickly became a concern for many local residents after several traffic accidents including a deadly one that claimed the life of a 17-year-old Alexia Nevalee Aguilar on July 8th.

Victorville City spokeswoman Sue Jones said the Engineering Division has monitored the intersection since opening up to traffic and it normally takes several months for traffic volumes and usage to normalize after a new intersection has been constructed.

According to a written communications report, traffic volume counts are typically taken while schools are in session to measure traffic. In March of 2020, schools and most businesses closed due to the COVID-19 crisis. As a result, traffic volumes significantly decreased on roads and at intersections.

The City of Victorville along with other California communities are required to realize certain Warrants before traffic improvement control devices can be installed.

“Following a traffic volume count conducted in July, it was determined that the warrants or minimum requirements for a four-way stop have been met,” stated Jones.

On September 1st the resolution was presented during the Victorville City Council meeting as required per the city’s municipal code and was adopted.

The cost for installing the four-way stop controls is included within the approved budget for Traffic Control, which includes signs and pavement markings.