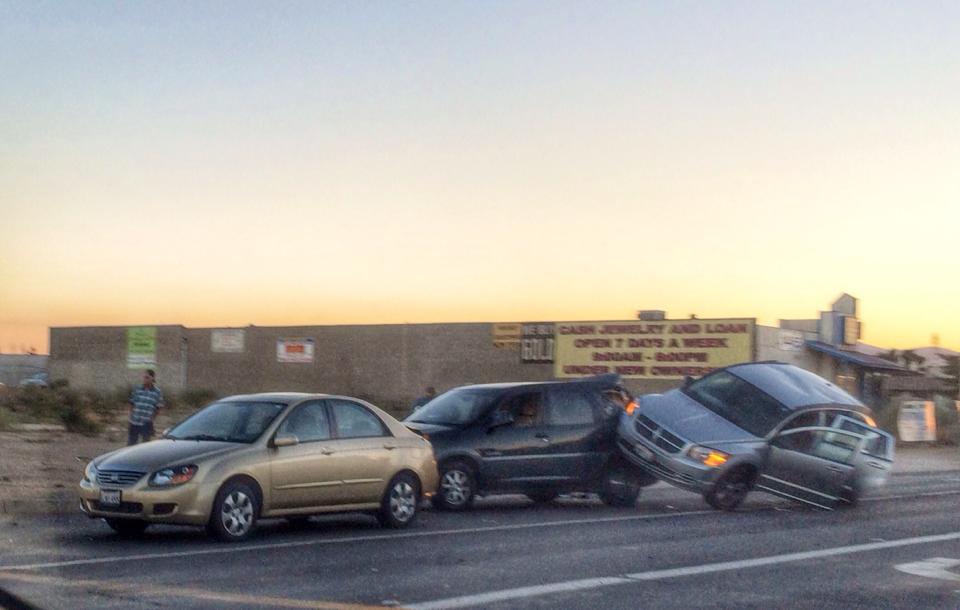 Witnesses said it looked as though a white Honda CRV, with an older female driver, was speeding at the time of the incident. The people in front of the vehicle were stopped at the red light at the time of impact.

“I was there from what I know everyone was ok. I spoke with the woman. she thought she was hitting on the break it was gas pedal,” commented Corinnas Montenegro on Victor Valley News. The white CRV, who according to witnesses was the cause of the collision, crossed the intersection, spun around and came to a stop across the intersection facing traffic.

The woman in a silver Buick Rendezvous was transported by ground ambulance to an area hospital for treatment and was later released. There were no other injuries reported as a result of this incident. 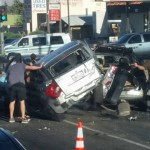 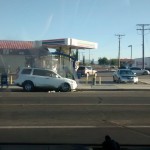 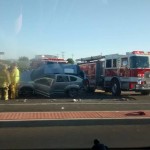