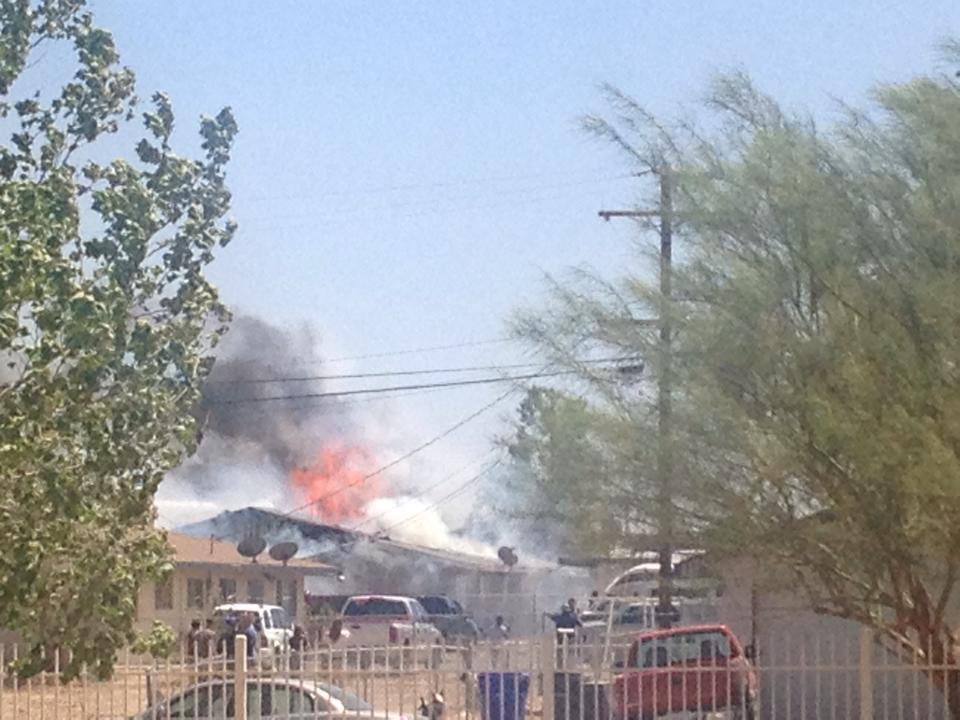 ADELANTO: (VVNG) – San Bernardino County Fire Department responded to a fire burning at a four-plex located on the 18200 block of Cherimoya Road cross of Lee Avenue in Adelanto.

Dispatch received numerous calls reporting the fire at approximately 1:45 p.m. on Saturday. Although at this time the exact cause of the fire is currently unknown, a 7-year-old who resides in the four-plex is suspected of accidentally starting the fire.

All residents managed to exit the apartments and no injuries have been reported.

Per scanner traffic a, second-alarm fire was called but later cancelled. Firefighters had the fire put out by 2:30 p.m. Southern California Edison is en route to shut off the power to the units and allow firefighters to “mop-up” the fire.

A total of 8 adults and 10 kids have been displaced from their residences and will require assistance from the American Red Cross to find temporary shelter.

Please check back later for more details as they become available.