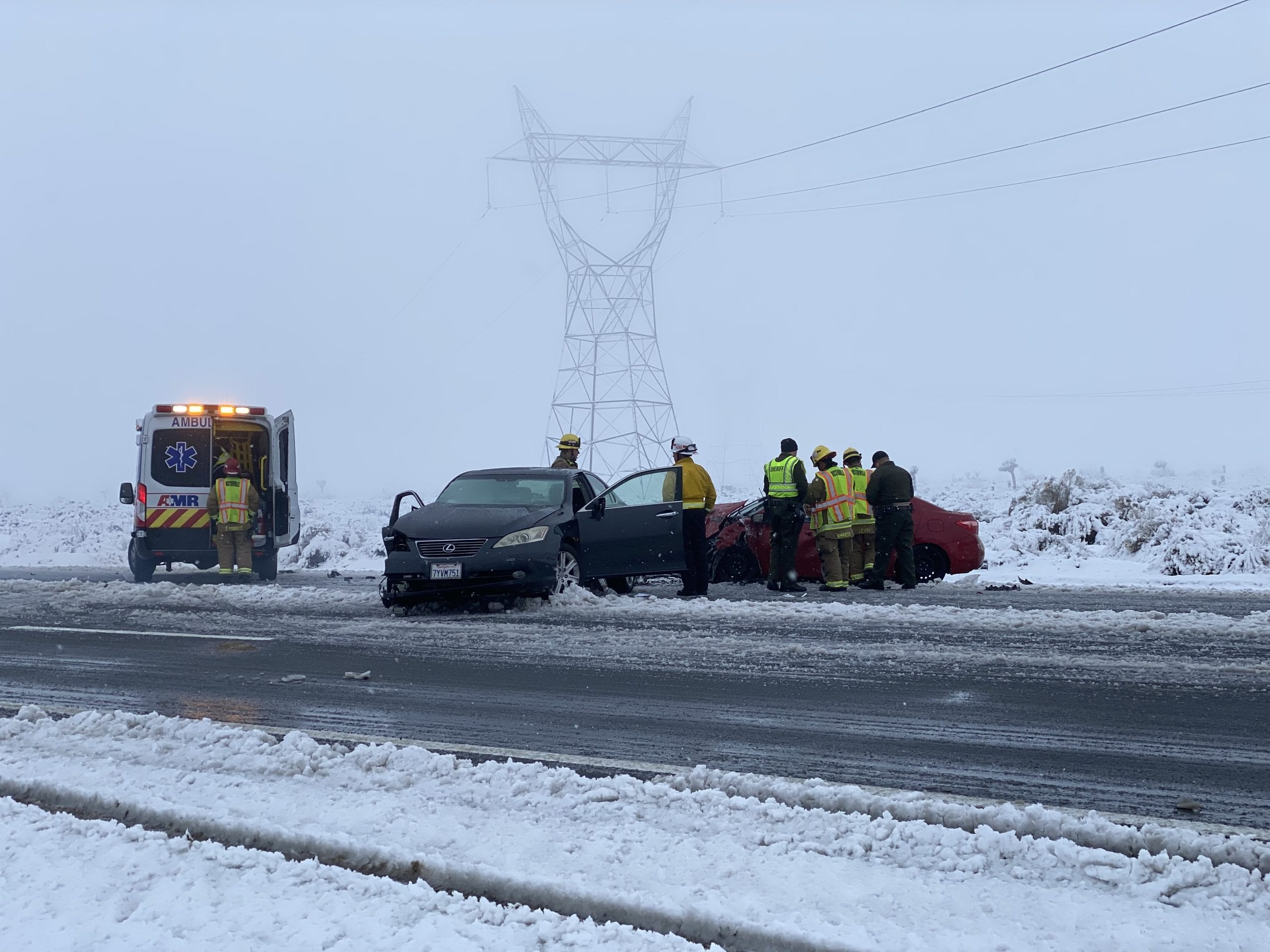 VICTORVILLE, Calif. (VVNG.com) — Four people were injured in a two-vehicle crash on US Highway 395 Thursday morning in Victorville.

At about 7:30 am, on December 26, 2019, Victorville City responded to a head-on crash involving a Lexus sedan and a red sedan on US-395, south of Eucalyptus Street.

First responders arrived and treated three people from the Lexus. All three of them were transported to local hospitals with critical injuries. The driver of the red sedan was also later transported for a complaint of pain.

Traffic on 395 is backed-up in both directions as traffic alternated using one lane to get around the crash.

The Christmas winter storm dumped several inches of snow and reduced the visibility on the southwest side of Victorville.

Deputies from the Victorville Police Department are investigating the official cause of the crash.