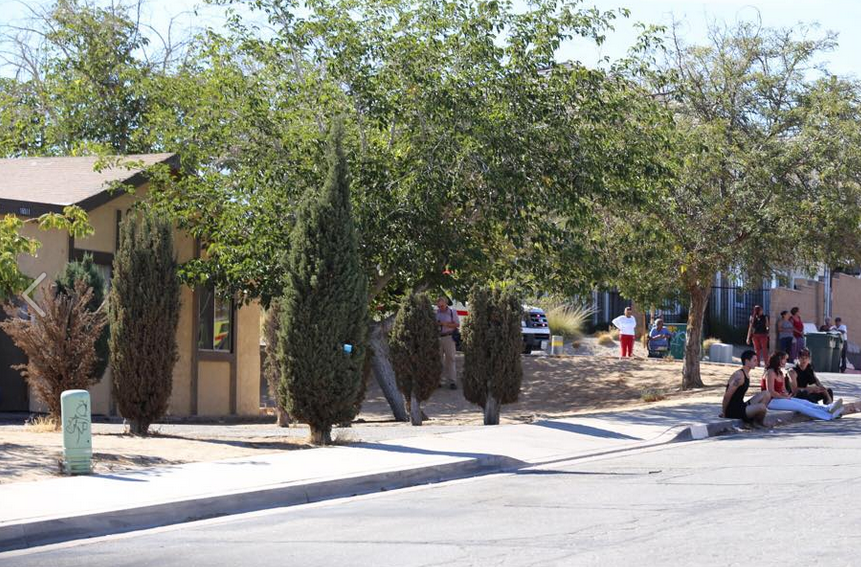 VICTORVILLE – (VVNG.com): Dispatch received reports of a fire breaking out in the 16500 block of Lariat Road near Rodeo Drive at approximately 1:00 p.m., on Thursday, October 23, 2014.  According to Public Information Officer for the San Bernardino County Fire Department, Tracy Martinez there were a total of four burn victims.

The fire caused major injuries to 10%-20% of the bodies of three of the four with injuries causing them to be airlifted to Loma Linda Medical Center and Arrowhead Regional Medical Center. The fourth injured individual went by ground ambulance to St. Mary’s Hospital in Apple Valley. “One victim was a juvenile and the other three were believed to all be under 21 years of age,” said Martinez.

According to witnesses, one was temporarily detained when he did not comply with authorities. “They detained him because his girlfriend had just had surgery, they took her to the hospital and her boyfriend wanted to go with her. When the police tried to stop the young man from entering the ambulance, he engaged with the police causing them to detained him just for him to calm him down, “ stated a Victor Valley News member.

The cause of the fire is still unknown at this time, County Fire is investigating in conjunction with the Sheriff’s Arson division. 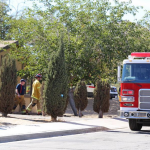 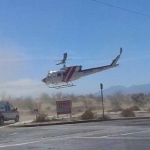 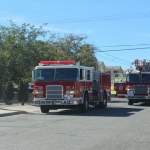