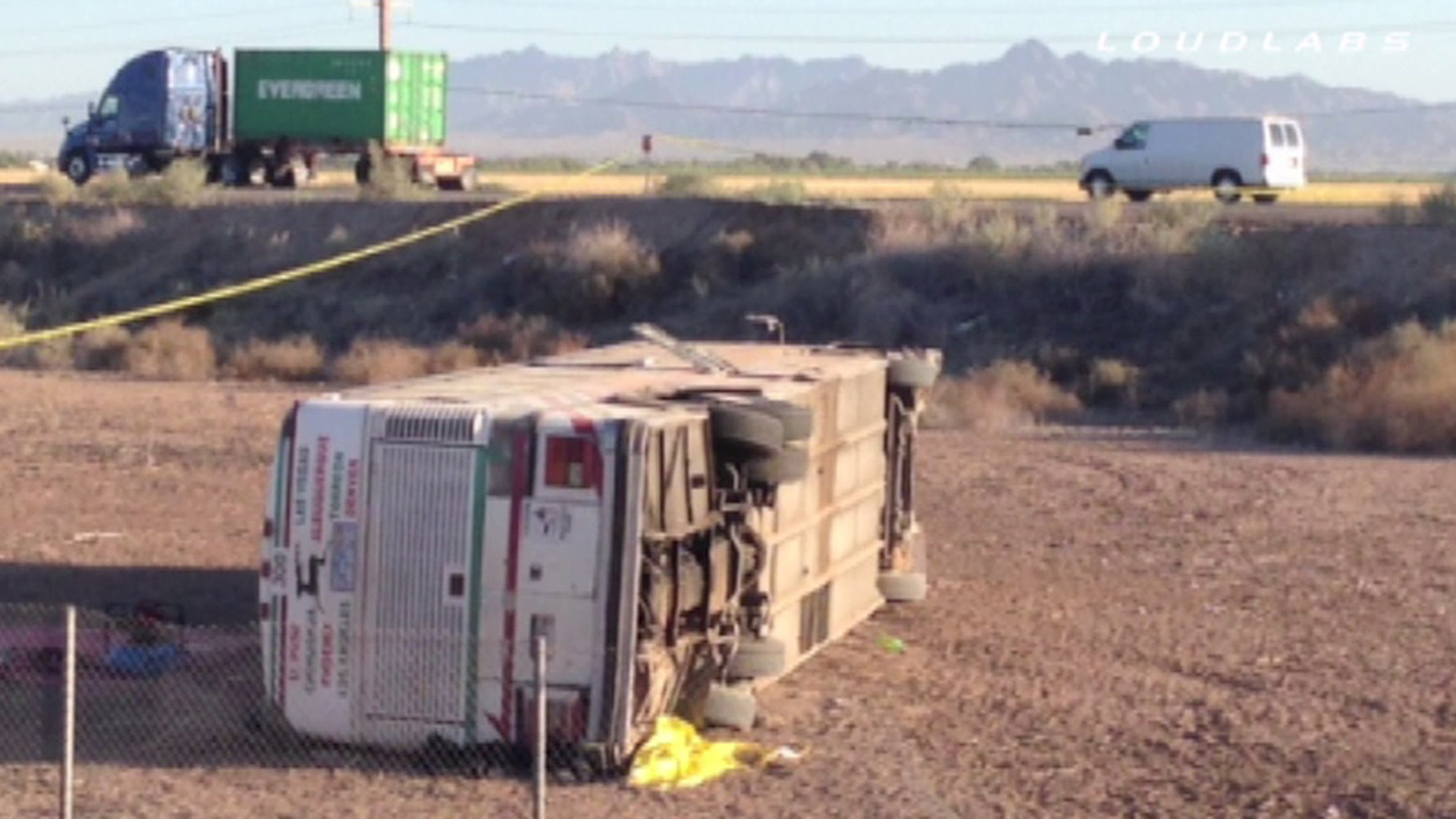 BLYTHE: (VVNG) – A tour bus owned by El Paso-Los Angeles Limousine Express, Inc., traveling from El Paso, Texas to Los Angeles, California crashed while heading westbound on the 10 Freeway in Blythe, Ca between U.S. Route 95 and Riviera Drive.  The bus was carrying approximately 32 passengers when it rolled over subsequently landing on it’s side after rolling 40-50 feet into an embankment.

The fatal accident occurred at approximately 2:15am on Wednesday, May 21st, when a big rig truck, traveling eastbound carrying steel pipes, jack knifed into the median spilling its load onto both sides of the freeway, ultimately causing this chain reaction accident. Four vehicles heading eastbound also crashed, several people from those vehicles were transported to local hospitals with unknown injuries. Some of the vehicles crashed into the pipes, but it is unclear if the bus crashed into them or swerved to miss the pipes causing it to lose control.

At this time four are confirmed dead, twenty-one were transported to local hospitals by emergency vehicle and six others were airlifted to area trauma centers. The road closure in both directions is expected to be in effect until at least 11am. The company sent smaller charter buses to transport the uninjured passengers. The California Highway Patrol is investigating this crash trying to determine what caused the big rig to jack knife.