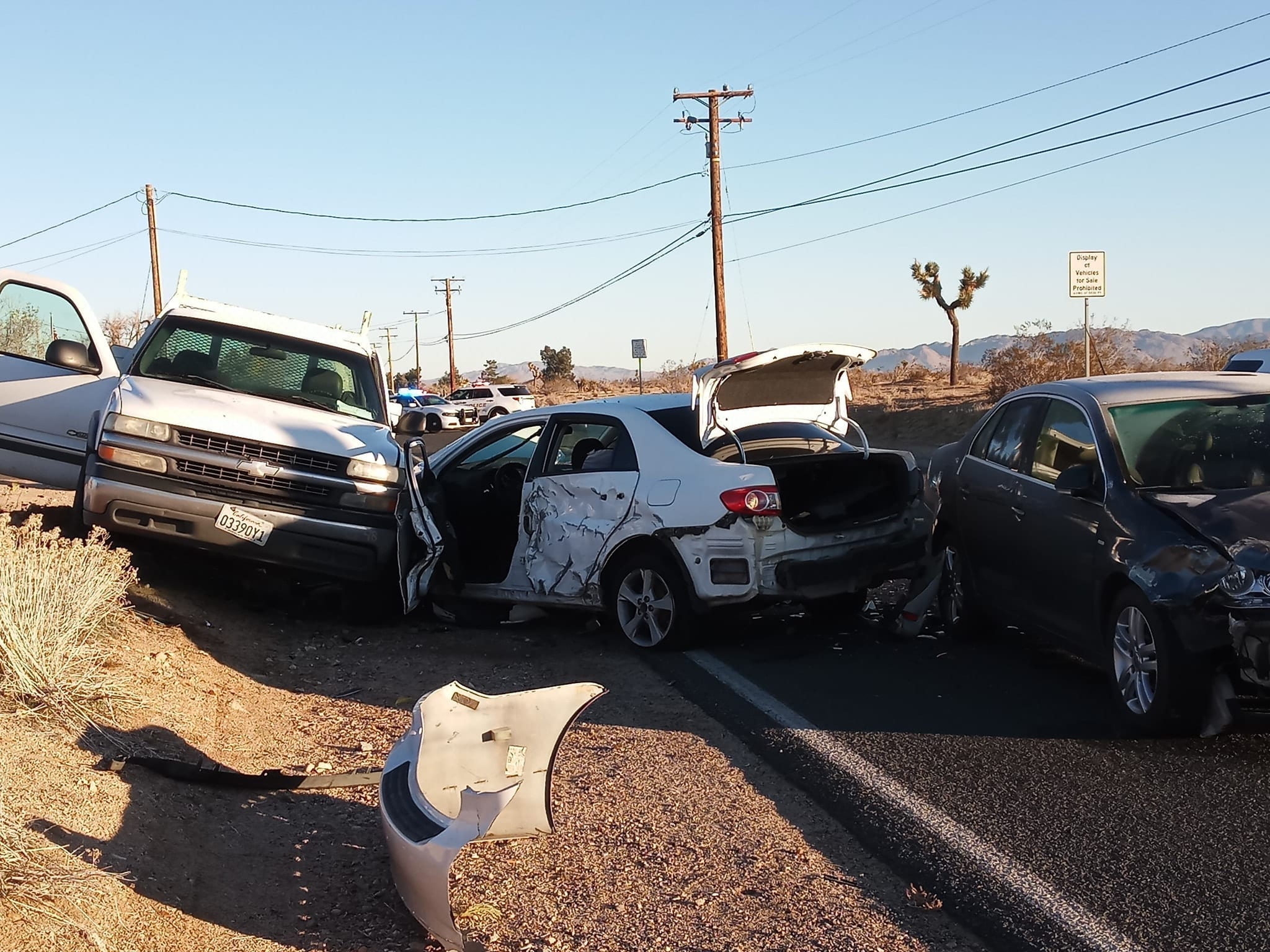 It happened at the intersection of Kiowa Road and Ocotillo Way at about 6:44 am, and involved six vehicles.

VVNG member Tammy Jo Farrar-Pelletier witnessed the crash and said it was caused by a woman driving a white van and was following too close to another vehicle that was attempting to make a left-hand turn.

Tammy said the woman attempted to avoid the crash and instead ended up hitting a man that was standing outside his parked pickup truck. “That man was the first to be transported,” stated Tammy.

Four people were transported to local hospitals via ambulance with non-life threatening injuries.

Kiowa Road was closed for a couple of hours as officials worked to have six vehicles towed away from the crash.

The California Highway Patrol is handling the investigation into the crash.