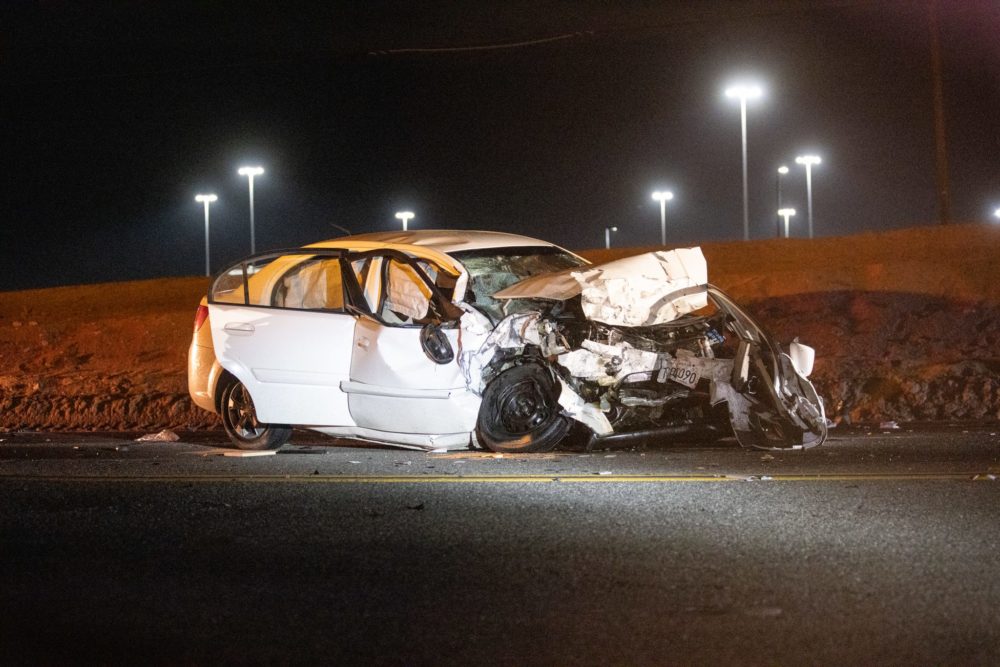 VICTORVILLE, Calif. (VVNG.com) — One person was airlifted to a trauma center and three others were transported to area hospitals following a head-on crash Thursday night.

The two-vehicle collision was reported at 7:38 pm on Air Expressway, east of Geroge Blvd., where the roadway curves and involved a white 2010 Kia Rio and a gray Jeep Patriot.

Firefighters from the Victorville City Fire responded to the incident and requested a total of three ground ambulances and one air ambulance to transport a total of four patients.

Air Expressway was shut down in both directions for approximately two-hours as officers investigated the crash and cleared-up the scene.

Drugs or alcohol are suspected of being a contributing factor in the crash.