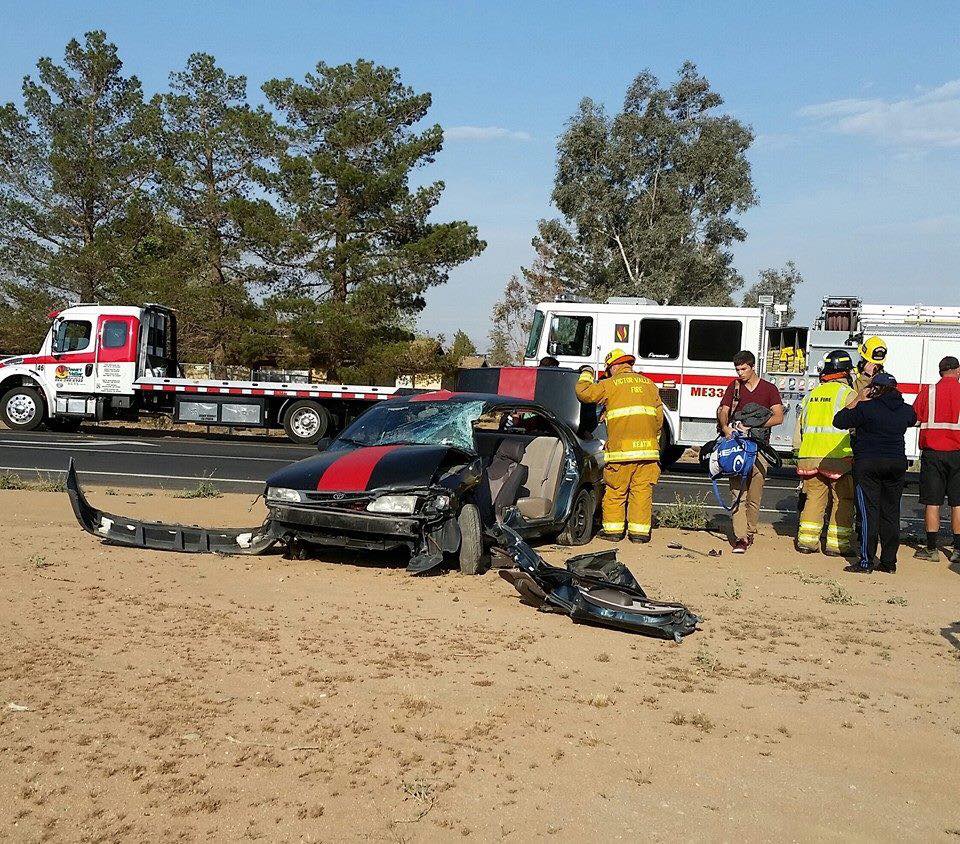 APPLE VALLEY-(VVNG.com): One person was airlifted following a two vehicle traffic collision involving an older model Toyota vehicle and a black SUV in the area of Zuni and Rancherias Roads in Apple Valley.

Dispatch received the reports of the major damage traffic collision just before 5:00 P.M., on Thursday, April 23rd. When fire fighters arrived on scene they determined that an extrication would be required to remove trapped victims from the vehicle.

Upon completion on the extrication just after 5:30 P.M., one of the four delayed patient’s the condition of one was upgraded to immediate requiring him to be airlifted. Three patients were taken via ground ambulance to local hospitals for treatment and a fourth patient was airlifted to an out of area trauma hospital.

There is no information regarding the cause of this collision or the current condition of those injured as a result of the collision.

16-Year-Old Dies After Jumping off Rocks into Deep Creek