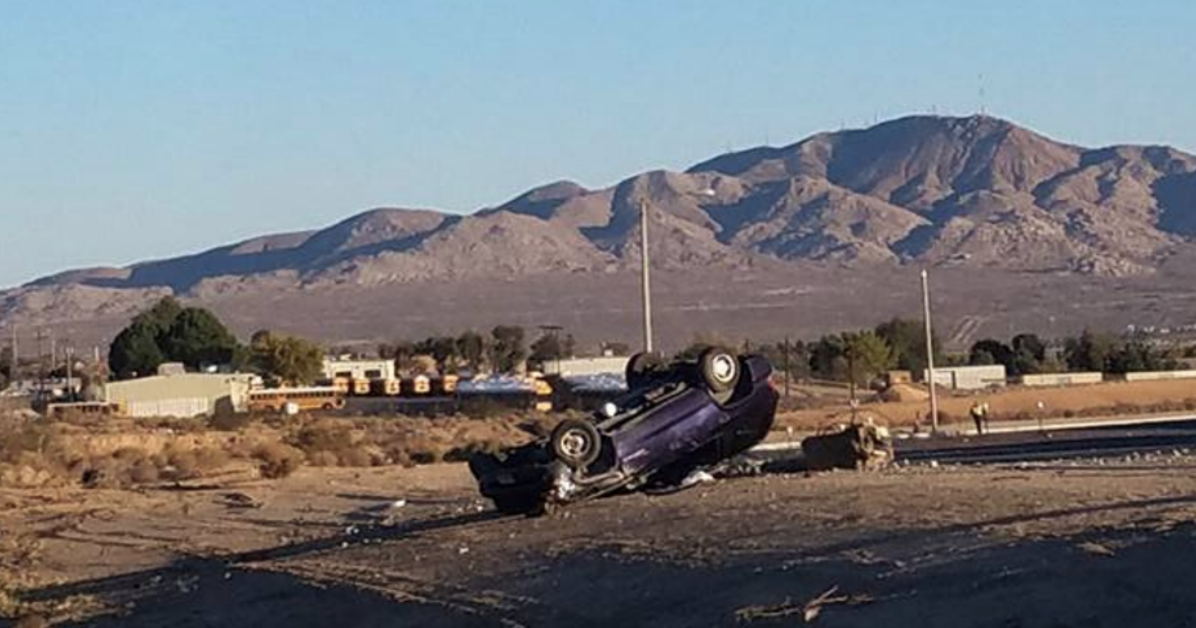 VICTORVILLE, Calif.(VVNG.com)- An 18-year-old male from Victorville was arrested for driving under the influence following a crash that resulted in multiple occupants ejected from the vehicle.

On November 5, 2016, at approximately 12:42 a.m. Victorville deputies were dispatched to a report of an unknown injury traffic collision that occurred on Hesperia Road near Seneca Road in the City of Victorville.

As they were approaching Seneca Road, Villegas lost control of the vehicle at a curve in the roadway and rolled over several times. The vehicle struck a light pole on the west shoulder of Hesperia Road, and came to a rest on its roof facing west. It is believed four of the occupants were ejected from the SUV during the collision.

Emergency personnel were summoned to the scene. Rigoberto Rosales, 18, a resident of Hesperia and a 10-year-old male were airlifted to Loma Linda University Medical Center with major injuries.

During the investigation, Villegas was determined to be under the influence of alcohol. He was arrested for CVC23153- Driving Under the Influence Causing Injury. I/P #1 was booked at the High Desert Detention Center in Adelanto. Villegas is currently being held in lieu of $100,000 bail and is scheduled to appear in court on November 8th.

Deputies are still investigating whether speed was a factor in this collision.

Hesperia Road was closed to traffic in both directions in the area of the collision until approximately 1015 hours for the investigation. This is an ongoing investigation by the Victorville Station Major Accident Investigation Team (MAIT). Anyone with information about the collision is requested to contact Deputy C. DeKeyrel or C. Wallace at 760-241-2911.