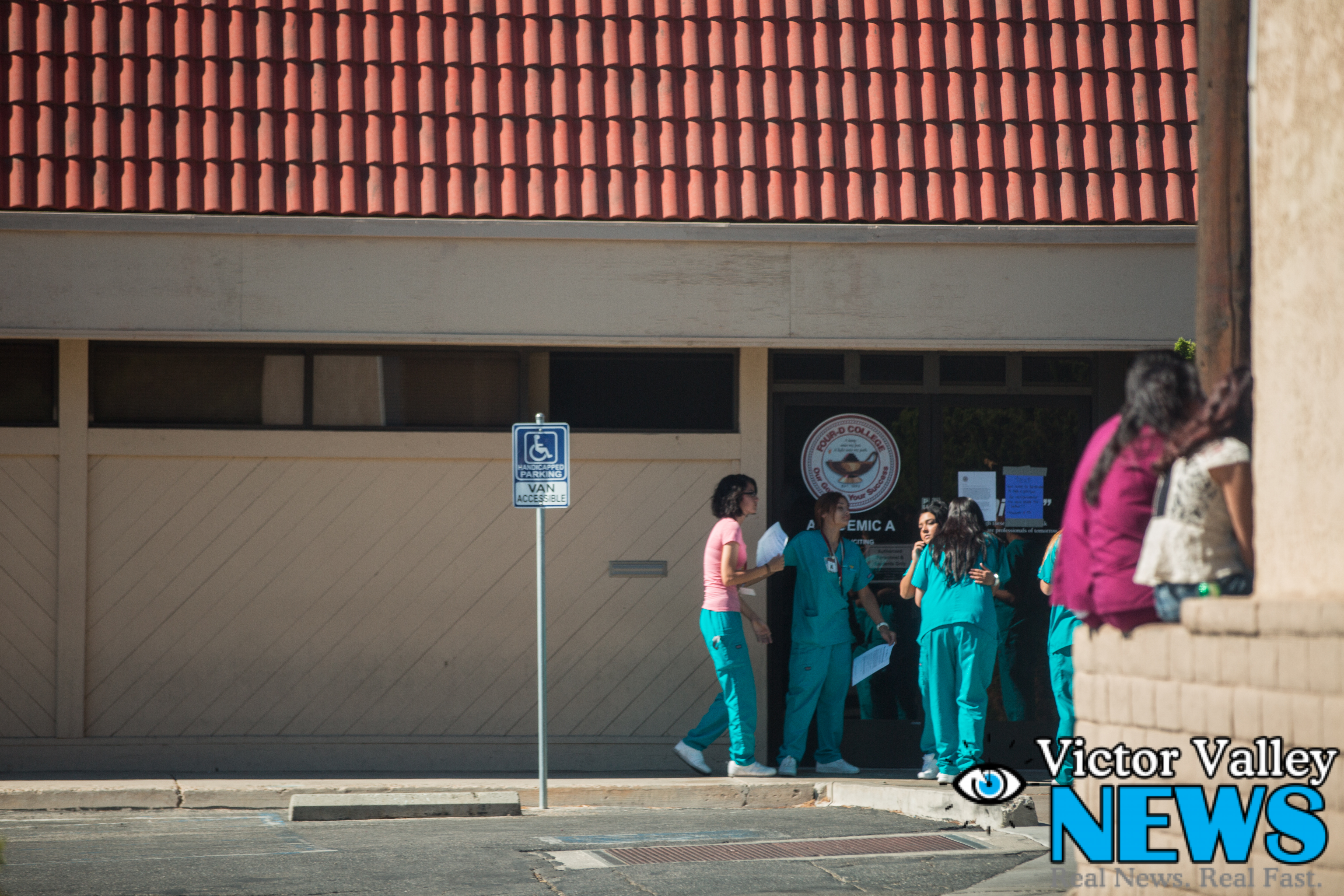 VICTORVILLE-(VVNG.com): Due to accreditation woes, Four-D (Christian) College closed their doors as of Sunday, July 12, 2015.  Students went to the Victorville and Colton campuses on the morning of Monday, July 13, 2015 to find a flyer posted on a door explaining the sudden closure.

The close, according to the 23-year-old Four-D College will be permanent which leaves not only students displaced, but also employees suddenly jobless. On the Four-D College website it says,”Effective immediately, Four-D College regrets to inform you that the institution is closed and will not reopen.”

“I just finished my extern from there. I hope I will be getting all my paperwork that I completed the program,” said Kathryn

Martinez on the Victor Valley News Facebook group. Officials say that this closure will impact close to 600 people, including both students and staff. This closure comes after another recent, April 26th closure of Everest College, who also specialized in healthcare certification.

The school’s accreditation goes through the Accrediting Bureau of Health Education Schools (ABHES).  During a June accreditation review for renewal, the June application was denied leaving the school with few other options, but to close their doors. “The institution has diligently, with legal counsel, tried to have ABHES accept its placement records in recent years,” said the statement on the college website.

The decision is believed to be made in part due to the lack of documentation reflecting placement of graduates in a study-related field. Officials at Four-D College have explained feeling as if they have been singled out or held at a different standard than other similar educational facilities.

The letter on the website this is reflected this in a portion of the statement, “It should be noted that the placement of graduates in job-related fields from other institutions accredited by ABHES, have been accepted at the same level or below submissions of Four-D College.”  The continued to say, “We are truly saddened by the action to be singled out by our accrediting agency and forced to close.”

Transcripts will be mailed to students within the next few days, these transcripts will provide what is needed in order for them to move onto other institutions to continue their education. This sudden move leaves the education of several mid-program students feeling as though they are in limbo.