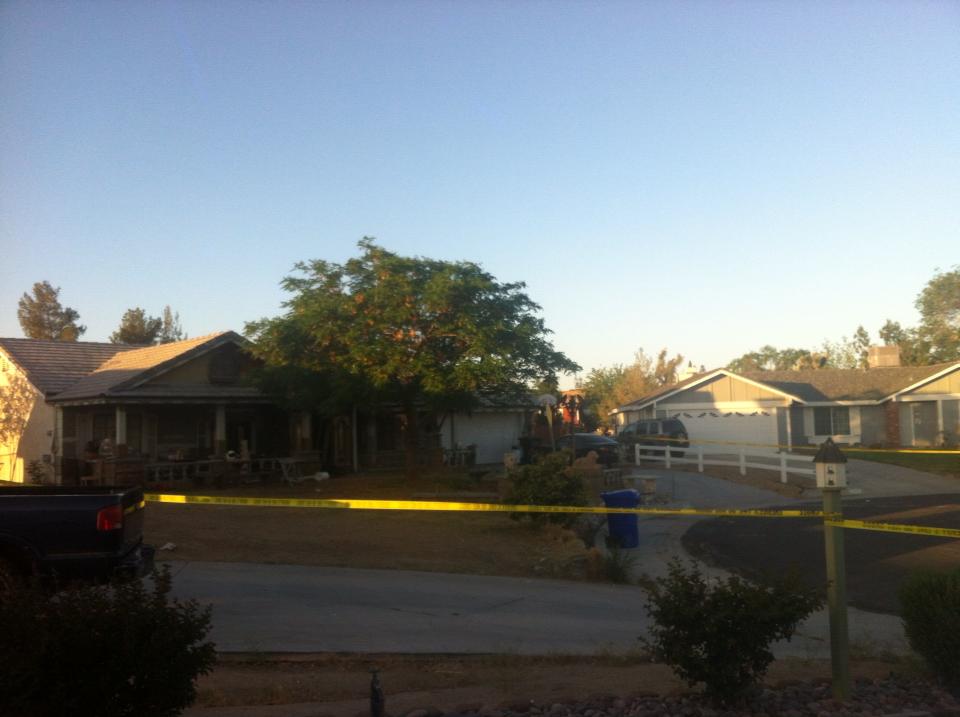 On Wednesday, May 22, 2013, at approximately 4:51 a.m., deputies from the Victorville Police Department were dispatched to the 13200 block of Deer Brush Court, in the city of Victorville, following the report of shots heard.

Upon arrival, deputies and fire department personnel located a male victim suffering from apparent gunshot wound. The victim was transported to a local area hospital where he was later pronounced deceased. The San Bernardino County Sheriff’s Homicide Detail was requested and responded to the scene to conduct the investigation.

San Bernardino County Sheriff’s Department Homicide Investigators asked for the publics assistance in looking for the suspect(s) responsible for the death of Roger Miller, 41 of Victorville.

On Friday, May 24, 2013, following an extensive investigation, Homicide Investigators arrested four suspects believed to be responsible for the murder of Roger Miller.

Investigators determined that Jeffery Lynn Batson, age 56 of Apple Valley; Arthur Orozco, age 28 of Victorville; Paul John Pavelak, age 39 of Victorville; Bessie Joyce Velasco, age 39 of Hesperia
had gone to the victim’s residence prior to the shooting. Investigators identified the suspects and tracked them to different locations in the high desert.

All four suspects were arrested and booked for PC 187 Murder and are being held without bail. They are scheduled for court on May 29, 2013.

Anyone with information regarding this investigation is urged to contact the Homicide Detail, Detective Rob Trostle or Sergeant Rick Bessinger at (909)387-3589. Callers wishing to remain anonymous are urged to call the We-tip Hotline at 1-800-78-CRIME (27463) or you may leave information on the We-Tip Hotline at www.wetip.com.