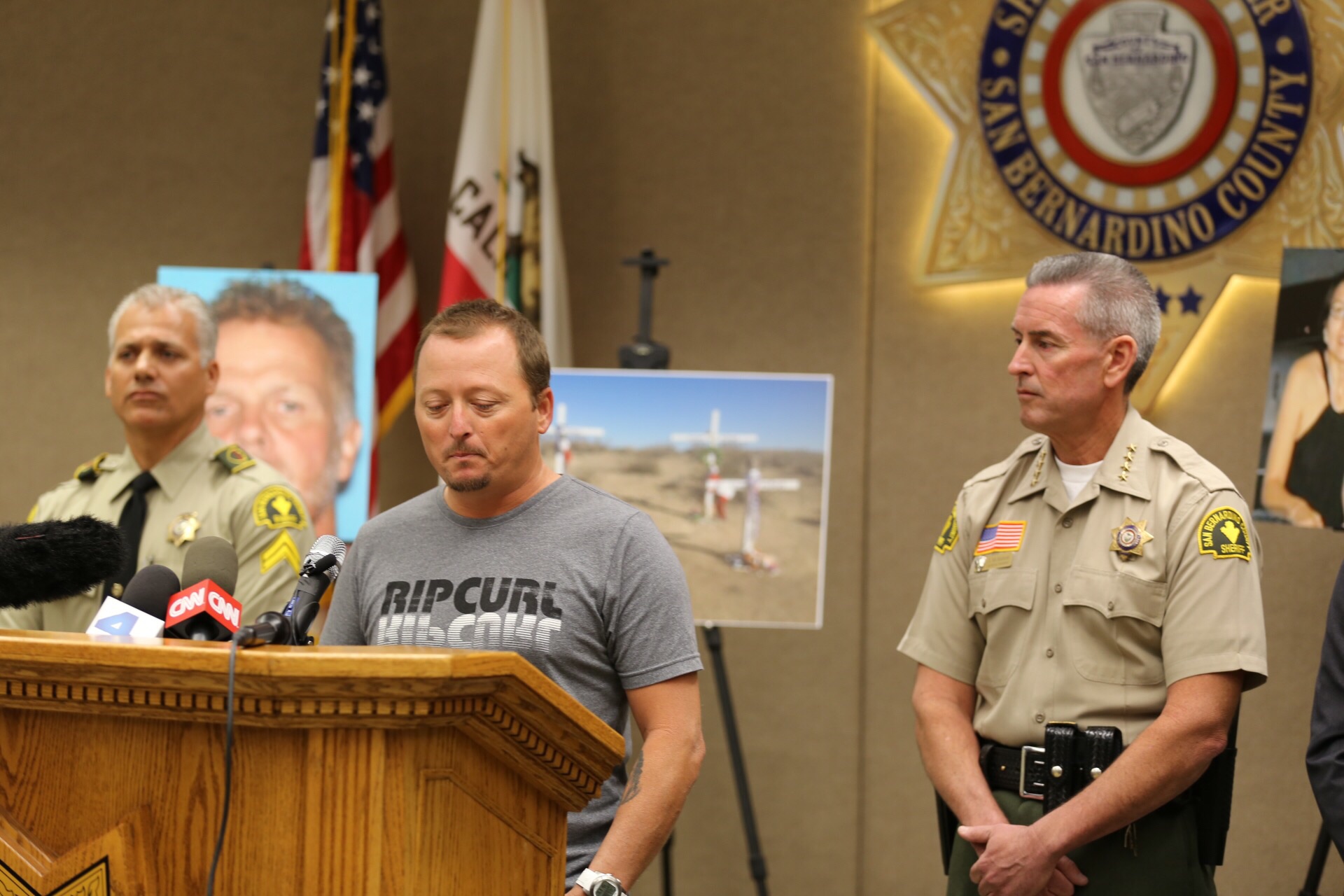 SAN BERNARDINO – (VVNG.com)- Just days before the one year anniversary of the bodies of the entire McStay family, a happy, seemingly successful, beautiful family of four were found buried in a shallow graves just north of Victorville the Sheriff’s planned a press conference. The November 7th, 2014 9:00 a.m. press conference announced the arrest of his long time business partner, Charles “Chase” Merritt, 57. “The cause

of death was determined to be blunt force trauma and investigators believe these murders occurred in the family’s Fallbrook home,” Sheriff John McMahon said.

Merritt was the man whom Joseph McStay had lunch with the day of his disappearance and the person to which he made his last known call to,  now the man who will stand trial for the 2010 murder of the entire McStay family. According to San Bernardino County District Attorney, Mike Ramos, this will be tried with Special Circumstances making the defendant eligible for the death penalty.

Merritt was arrested on November 5th at approximately 2:00 p.m. from the 2100 block of Bahama St in Chatsworth area and is in custody at West Valley Detention Center in Rancho Cucamonga. There is no clear motive at this time. “There was no smoking gun,” Sgt. Chris Fisher said. Merritt will be arraigned at 1:30 p.m. at the San Bernardino County Court in Victorville.

Until now, circumstances of their disappearance and the discovery of their bodies buried in shallow graves and found by an off-road motorcyclist on November 11, 2013 left many questions and few answers. The family had vanished from their Fallbrook, California home in February 2010. There was surveillance footage found seeing their vehicle leaving their cul-de-sac and never return. Their home left with no signs of struggle, but with eggs on the counter, and popcorn in the living room as if they just left planning on a quick return. Investigators found their vehicle four days after their disappearance near the U.S.-Mexico border crossing in San Ysidro along with other clues, which lead them to believe the McStay family had possibly left on their own will.
The family of the McStay’s held steadfast to the knowledge that they would never disappear like that, not to Mexico, not losing all contact with

family and definitely not on their own free will. The discovery of the bodies was bittersweet, confirming suspicions of the family that they did not leave on their own, but that their family was undoubtedly deceased.

This is not only justice for Joseph McStay, 40, Summer McStay 43 and their two sons 4-year-old Gianni and 3-year-old Joseph,but is a step toward the closure for the family that was left behind. “I know it’s trite, but this gives our family a little more closure, an opportunity to heal and move forward,” he said.