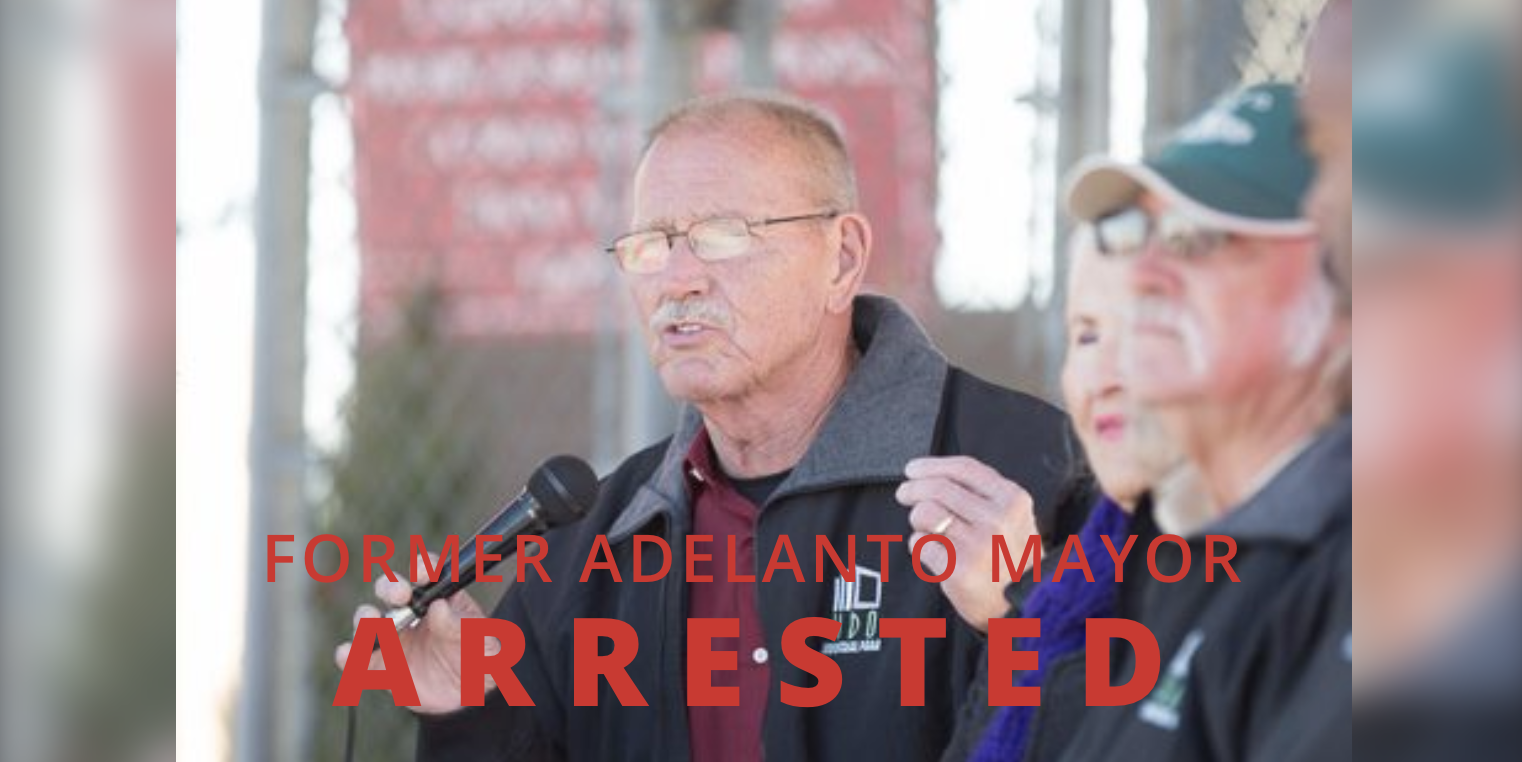 According to a US Department of Justice news release, Kerr is charged with seven counts of honest services wire fraud and two counts of bribery. If convicted of all charges, Kerr would face a statutory maximum sentence of 160 years in federal prison.

According to the indictment returned on August 11, as part of his official duties, Kerr voted on ordinances governing zoning regulations in the city and served on Adelanto’s Cannabis Dispensary Permit Committee, which determined the number of dispensary permits that would be issued and which applicants would receive them, stated the release.

“As mayor, Kerr supported marijuana legalization, voted in favor of an ordinance authorizing marijuana cultivation in the city, voted in favor of an ordinance authorizing the operation of medical marijuana dispensaries, and voted to authorize the distribution, transportation and testing of medical marijuana, among other commercial marijuana activities. At the same time, Kerr secretly used his official position to enrich himself and his co-schemers by passing these same ordinances,” according to the indictment.

Kerr allegedly also drafted zones for commercial marijuana activities to include locations used by his co-schemers, and he ensured they obtained the licenses and permits they sought – in exchange for bribes, kickbacks and gifts.

Kerr’s alleged co-schemers were a lawyer who specialized in plaintiffs’ tort litigation – identified in the indictment as “Person A” – and two individuals – labeled “Person C and “Person D” – who had business interests in the city, including those involving marijuana cultivation.

The bribes and kickbacks were disguised by Kerr and his co-schemers as gifts, donations to a charitable fund, donations to Kerr’s election campaign, or advance payments for the proceeds of planned litigation associated with a motorcycle accident.

In exchange for the bribes and kickbacks, Kerr provided favorable official action on behalf of the city to Person A, Person C, and other co-schemers with business interests in the city by authorizing various types of commercial marijuana activities, ensuring his supporters obtained the licenses or permits they sought, and interfering with enforcement activities by city officials.

For example, on November 29, 2016, the Adelanto City Council held a public discussion related to an ordinance, including discussion of “overlay zones” within which medical marijuana dispensaries would be located. The initial proposal included two zones, neither of which included a former restaurant – purchased two months earlier by Person A and his spouse.

During the discussion, Kerr requested a change in the boundaries of the second overlay zone, which expanded the zone to include Person A’s business. The plans for the business initially called for the building to be an attorney’s office, although they included items such as “elongated sales counters,” a “dispensing room,” “cashier,” and “security room,” the indictment alleges.

In May 2017, Kerr voted twice in favor of a city ordinance that included Person A’s business in the marijuana dispensary overlay zone. In February, June and August of 2017, Kerr deposited three $10,000 checks from Person A’s law firm, with the memorandum lines of each check stating, “ADVANCE.”

In total, Kerr accepted at least $57,500 in bribes and kickbacks from Person A, Person C and other co-schemers.

In May 2018 VVNG reported that FBI agents swarmed the mayor’s Adelanto home and removed him in handcuffs. However, sources later confirmed he was never arrested. The Adelanto City Hall and the Jetroom were also raided on the same day.

Several months prior to the raids, former council member Jermaine Wright was arrested after he was charged with accepting bribes and attempting to hire an FBI agent to burn down his restaurant in an attempt to collect $300k in insurance money.

Kerr is expected to make his initial appearance this afternoon in United States District Court in Riverside.