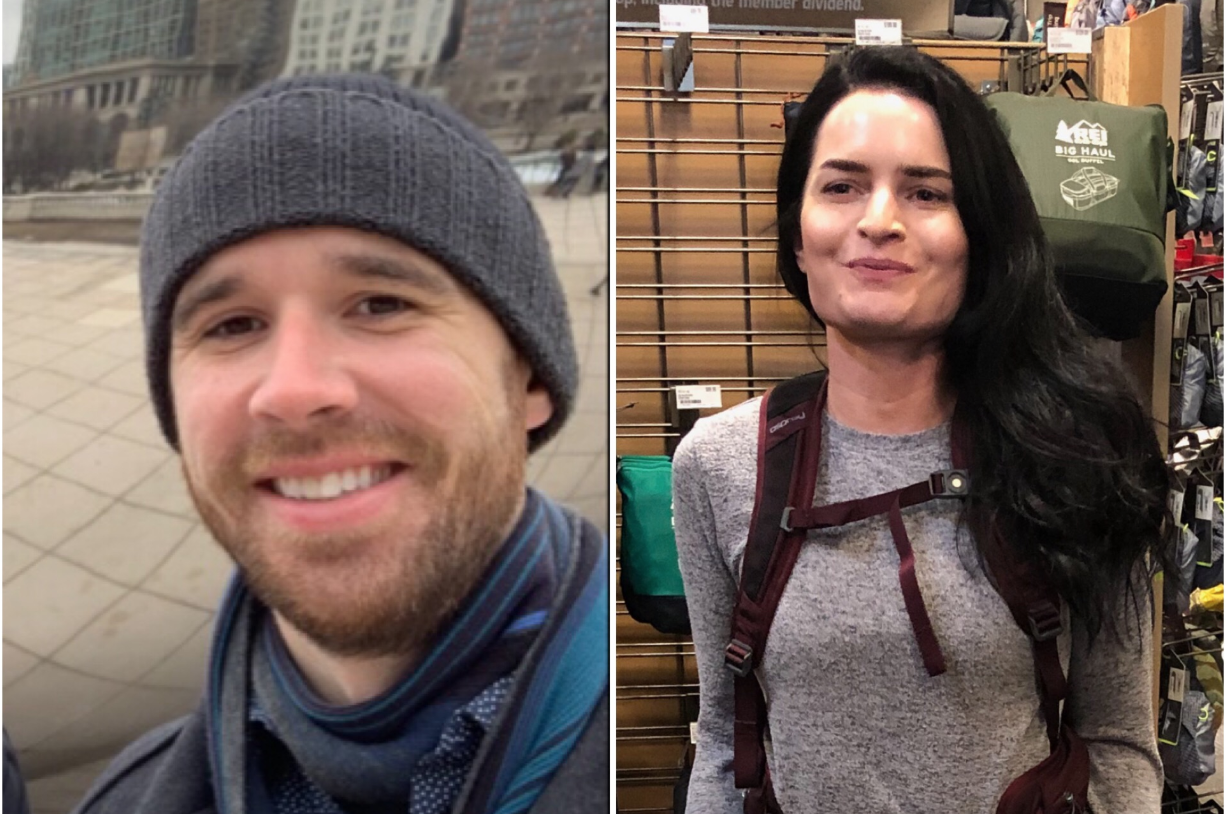 Eric Desplinter and Gabrielle Wallace were reported missing Saturday April 6th 2019, after they failed to return from a hiking trip.

“This evening a search team in Cucamonga Canyon found two sets of footprints and began following them. The search team alerted the command post and provided coordinates for the Sheriff’s helicopter, 40King, to fly over the area,” a sheriff’s press release stated.

“The crew is preparing for a hoist rescue and will hoist them out one at a time. It is confirmed these were the two hikers that had been lost for nearly five days,” officials said.

Eric and Gabrielle will be flown to the Mt. Baldy Fire Station where they will be reunited with their families and loved ones, then evaluated by paramedics to determine if they need further treatment at a local hospital.

This search was successful in part to the many Search & Rescue teams that volunteered their time to comb the mountain covering 30 square miles (19,000 acres).

Many thanks to all the agencies that provided resources to San Bernardino: Los Angeles, Riverside, Kern, San Diego and Orange Counties.

“Volunteers are a real blessing to our agencies, providing thousands of hours giving back to make our communities better and stronger,” stated Sheriff John McMahon. “This is a perfect example of their commitment.”