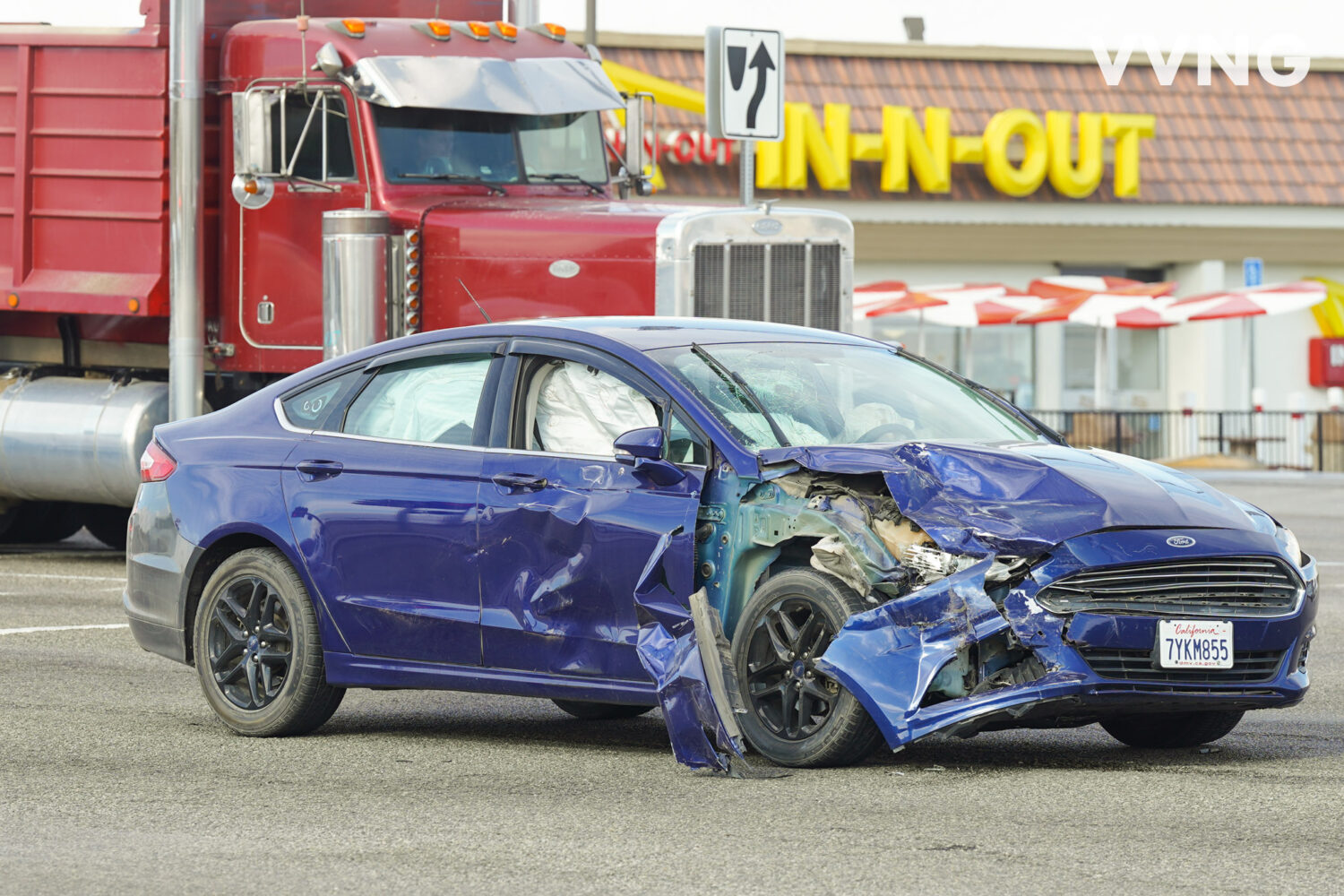 HESPERIA, Calif. (VVNG.com) – Dashcam and cellphone footage shows a car crashing with an SUV, then narrowly missing other cars as it stops.

The collision involved a white Chevrolet Tahoe that was exiting the freeway attempting to turn west onto Main Street, when for an unknown reason, a blue Ford sedan crossed through the red light, colliding with the SUV.

Upon impact, the blue sedan became disabled and was unable to stop until it reached the intersection of Main Street and Mariposa Road, narrowly missing cars waiting at the red light, video shows.

The San Bernardino County Fire Department treated a mother and her daughter from the blue car for minor scrapes and cuts, and the driver of the white SUV said she had abdominal pain, however, none of the occupants were transported by ground ambulance.

Two lanes of the northbound 15 off-ramp at Main Street were affected, as well as the eastbound lanes of Main Street. Two tow trucks arrived on scene about an hour later to remove the vehicles from the roadway.