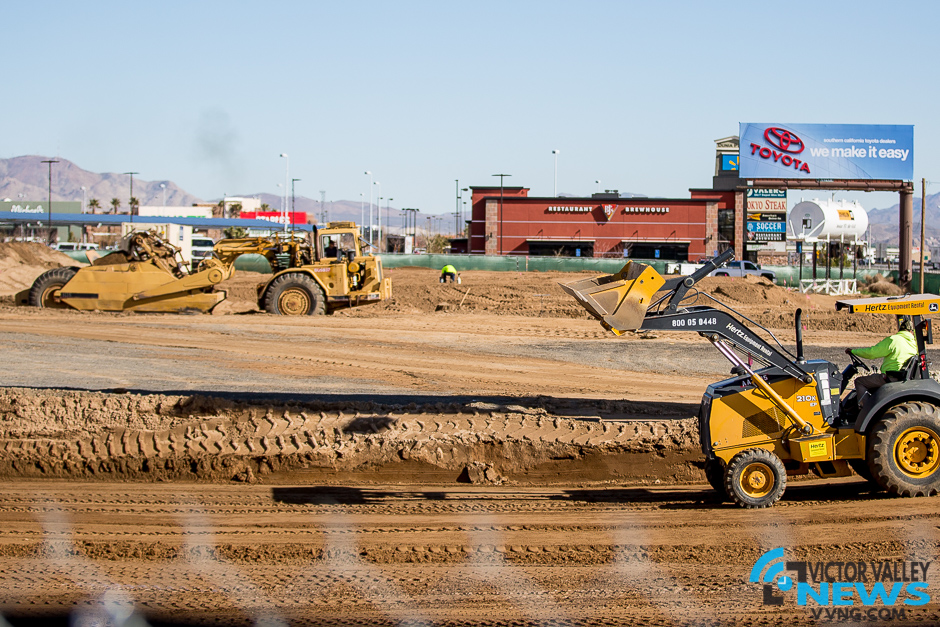 The latest commercial project development along Amargosa Road, just south of BJ’s Restaurant and Brewhouse will occupy five acres and a total of 30,000 square feet of commercial development, according to Victorville City spokeswoman Sue Jones.

“Plans call for the development of an 11,350-square-foot, multi-tenant building with a drive-thru as well as two or three, free-standing buildings we expect to be used for restaurants,” stated Jones.

Restaurant Row in Victorville has become a hub for families and foodies alike, looking to enjoy a variety of places to eat.

According to Jones, plans to build an Ulta Beauty next to the Staples located at 11930 Amargosa Road have been submitted.

“Peninsula Retail Partners, has submitted plans for an expansion at Dunia Plaza.  If approved, the developer would construct a multi-tenant building in between Kohl’s and WalMart that will house five businesses including 24-Hour Fitness, Ulta Beauty and Five Below,” stated Jones.

The plans are under environmental review with the state right now. Once they have been approved by the state, the plans will be considered by the City’s Planning Commission.

A completion date on the latest development on Restaurant Row has not been announced.