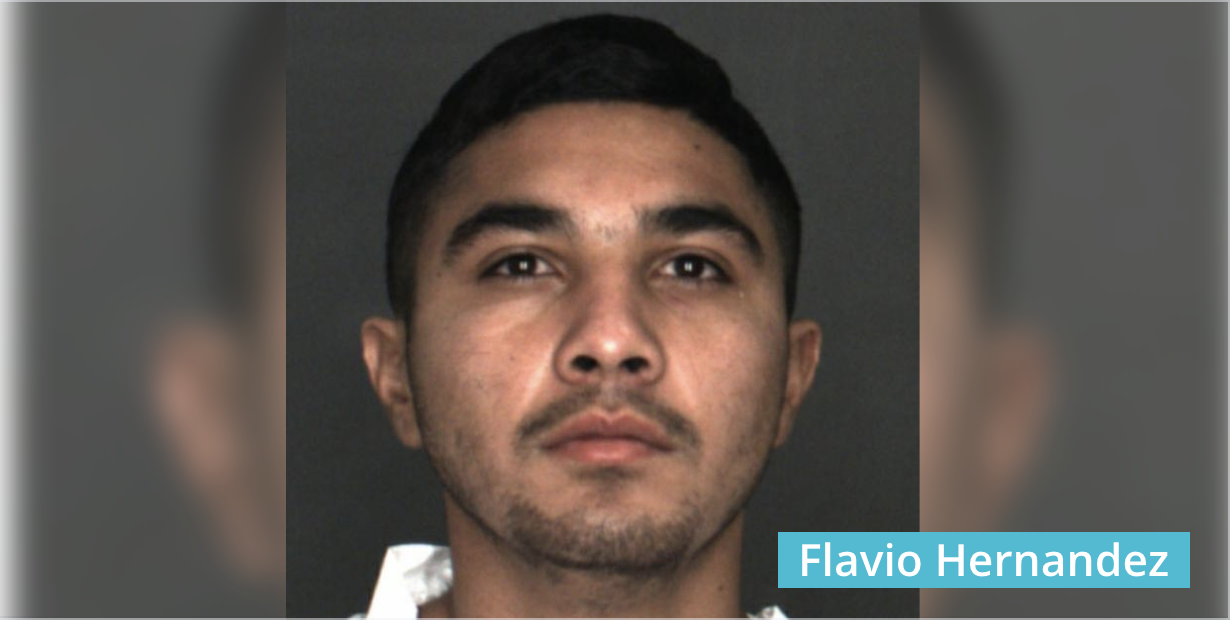 FONTANA, Calif. (VVNG.com) — An 18-year-old woman woke up to find an armed suspect attempting to sexually assault her inside her bedroom, officials said.

The suspect, Flavio Hernandez, 20, of Rialto, was identified after police found a booking application at the scene of the crime for an inmate who had just been released from the San Bernardino County Jail.

According to the Fontana Police Department news release, the victim called 911 and said she awoke to a man in her bedroom trying to attack her while armed with a knife.

Deputies responded to the residence but the suspect had already fled.

Through deputies learned the suspect first entered the home through the front door and stole numerous electronics and other items of value.

The victim screamed for to help her which made the suspect flee the scene.

“Investigators were able to identify the suspect after he dropped a booking application on . The booking application was from the San Bernardino County Jail he had just been released from, after serving a sentence for burglary where he was released early,” said police.

Investigators searched relentlessly for Hernandez, eventually capturing him without incident in the City of San Bernardino.

Hernandez was arrested and booked at West Valley Detention Center for Burglary with the Intent to Commit Rape.