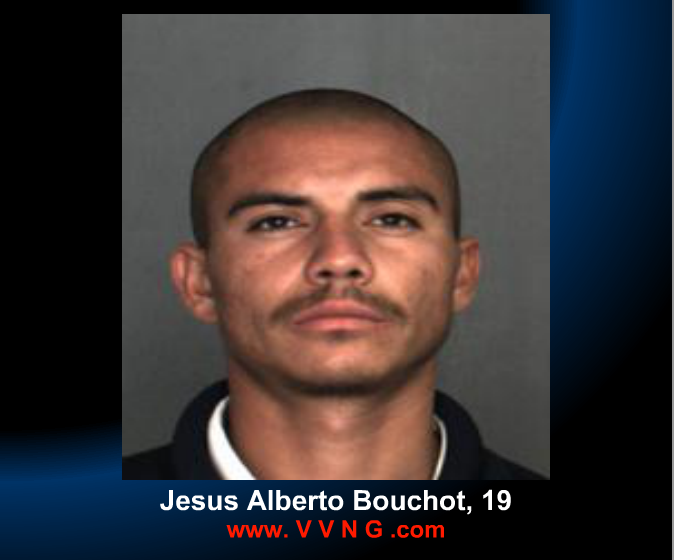 FONTANA – (VVNG.com): A 19-year-old resident of Fontana is behind bars on charges of Kidnapping, assault with intent to commit rape and carjacking. Detectives believe the suspect may be tied to recent similar sexual assaults where the suspect attempted to rape female victims.

According to authorities, the suspect later identified as Jesus Alberto Bouchot entered the victim’s vehicle and held a knife to the victim’s throat. Bouchot ordered the victim to drive to a residence in Fontana where he attempted to rape her at knifepoint.

The victim struggled with the suspect and she was able to take away the knife and run away from the vehicle to seek help.

Detectives initiated an extensive investigation and coordinated a surveillance of Bouchot’s residence. Detectives spotted Bouchot at his residence and attempted to contact him. With the assistance of Sheriff’s Aviation, deputies took Bouchot into custody after he attempted to flee. Bouchot was booked into the West Valley Detention Center for Kidnapping, Assault with Intent to Rape, and Carjacking and bail is set at $425,000.

Anyone with additional information regarding this case can contact the Fontana Station, Detective Joe Parker or Sergeant Mark Martinez at (909)356-6767.