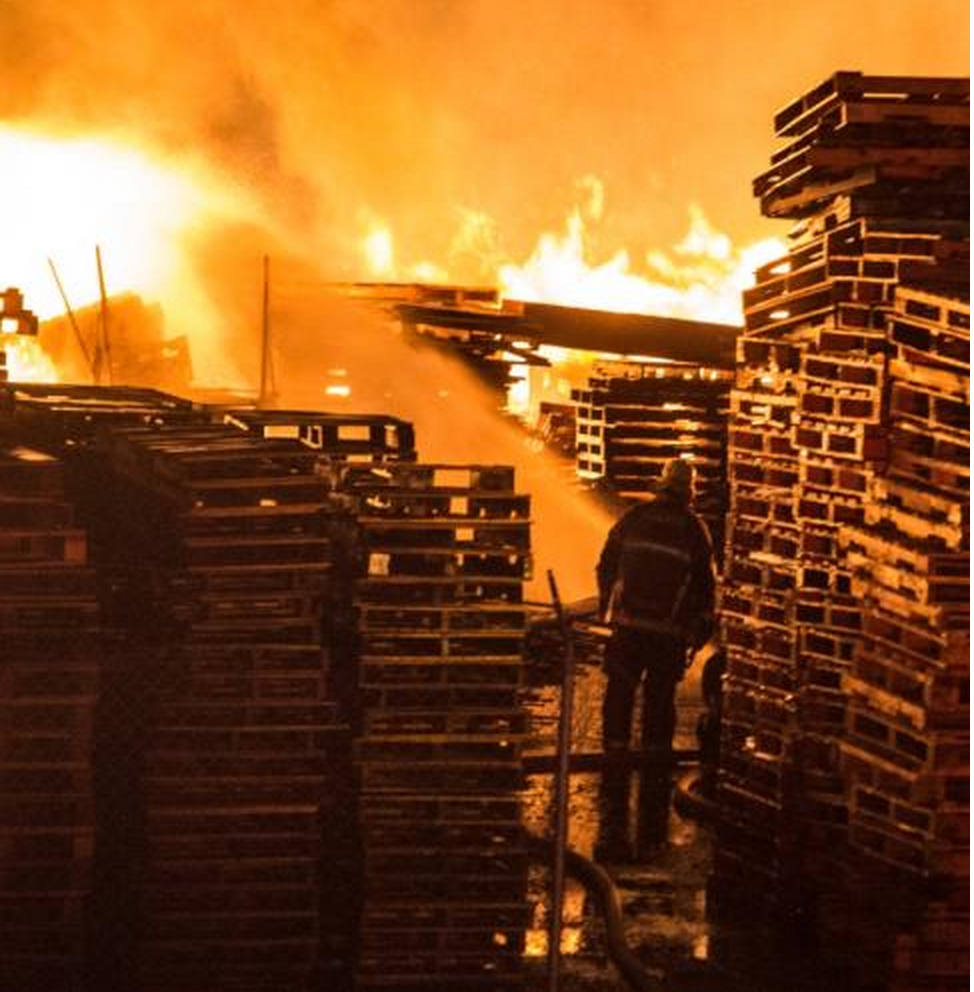 FONTANA– (VVNG.com):  At approximately 9:55 p.m. on Thursday, November 27th, San Bernardino County Fire Department officials received multiple reports of explosions coming from a Fontana pallet yard. Following the initial calls, reports came in of smoke with flames showing, some seen from over a mile away from the location. Two fire engines were dispatched to 13787 Santa Ana Avenue near Mulberry Avenue in Fontana in response to a fast growing blaze at a local 4-acre pallet yard.

The fire, located at OG Pallets could be seen from at least a mile in each direction, flames being clearly visible from both directions of the 10 freeway. Firefighters immediately took actions to prevent the fire from moving to nearby structures, including one home and an adjacent commercial tire business. The fire spread into some of the rows of the large commercial tires and were extinguished using a Class B foam.

Multiple explosions were heard from blocks away, which authorities said were caused by propane and acetylene cylinders. The blaze, which quickly ravaged it’s way through the pallet yard of 30’ high stacks of pallets,  also destroyed several 40-foot trailers from a neighboring business. parts of Parkhouse Tire Co. A Fontana Police Officer arrived on scene shortly after the fire erupted and was able to alert the sole occupant of the residence located to the front of the business and bring him to safety. The resident had been sleeping and was unaware of how dangerously close the fire came to the back side of the home.

There was one non-life threatening injury to a firefighter, that was transported to a local hospital for treatment and no civilian injuries. The 2nd alarm fire destroyed the pallet yard, including the workshop on the premises, several tractor trailers, caused minor damage to the nearby residence and moderate damage to the tire company. The fast collaborative action of all those involved in the efforts to extinguish the blaze is said to have saved over $2 million dollars in property and content damage. The preliminary fire damage and loss is estimated at over $3 million dollars. Surrounding roads were closed in until the early morning hours of Friday, November 28th.

San Bernardino County Fire Inmate Hand Crew 15-2, as well as a County Fire Dozer, responded to the scene for overhaul and mop up operations, relieving firefighters and medic engines to return back to service. Numerous piles of pallets and other materials have to be broken up to make sure all fire is extinguished.
The public is asked to please stay out of the roadway and keep a safe distance when there is active fire, as you may get hurt and/or hinder firefighting efforts.

At this time the cause of the fire is unknown,  San Bernardino County Fire investigators are currently investigating the cause at this time. Information will be updated as it is received. 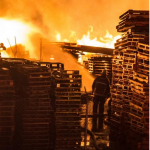 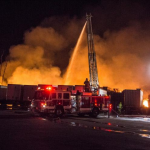 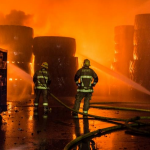