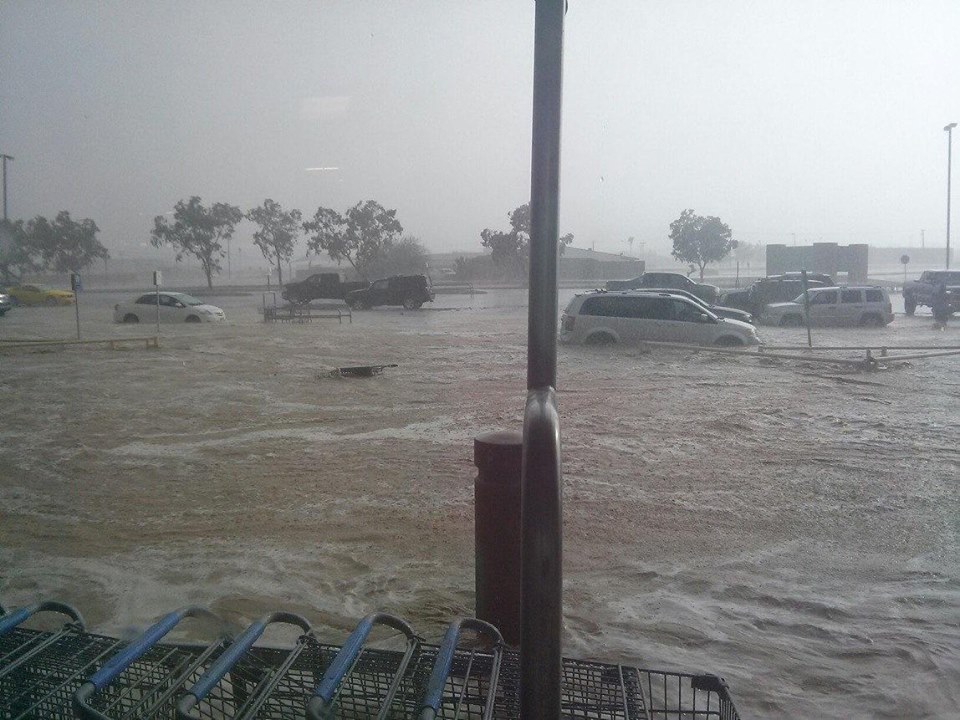 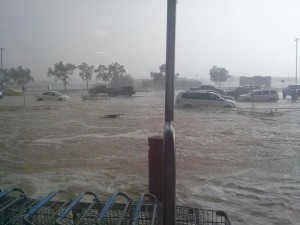 The National Weather Center has issued a flash flood warning for parts of the Victor Valley. It’s expected that monsoonal moisture and moisture from the remnants of tropical storm IVO will increase the flash flood potential for today and Tuesday.

The Fort Irwin commissary was hit hard with rainfall last night that demolished streets and sidewalks according to the Fort Irwin training Facebook page.

A woman traveling was killed after getting trapped in a flooded zone. Jean Gizzy was found seat-belted in the driver’s seat of her white 2009 Hyundai Sonata late yesterday evening after being caught in a flash flood. She was located 1/4 mile north of the railroad bridge crossing Sacramento Wash and US 95, west of Needles according to a coroners release.

A flash flood watch means that conditions may develop rapidly enough to cause extreme flooding and debris flow. Never drive through high waters as flash flooding is a very dangerous situation.

For all your traffic, weather, and news join our live newsgroup for up to the minute action.www.facebook.com/groups/victorvalleynews