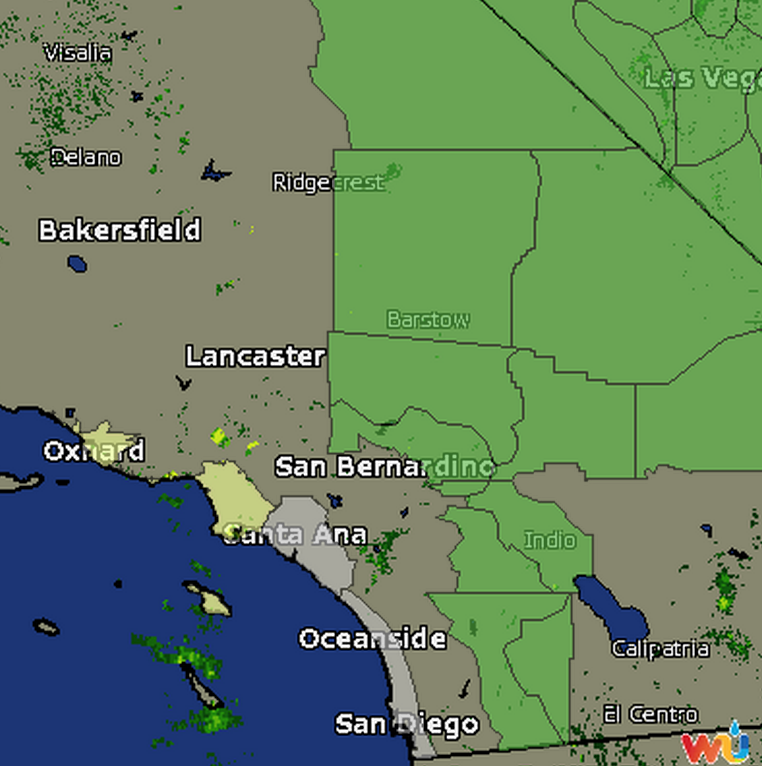 (VVNG.com)- The National Weather Service in San Diego has issued a flash flood Watch from Sunday morning through Monday evening for a portion of southwest California. A flash flood watch means that conditions may develop that lead to flash flooding. Isolated thunderstorms are possible Saturday afternoon. However the greater threat of flash flooding will be later Sunday morning through Monday evening. The risk of flash flooding will be greatest below the desert slopes and recently burned areas where runoff and debris can quickly fill dry washes.

Advisory issued for the following areas:

Increasing moisture and instability with afternoon heating will likely fire off widespread thunderstorm activity in the mountains and deserts. The expected high moisture content of the atmosphere and weak winds aloft enhances the threat of torrential downpours and flash flooding.

There is still considerable uncertainty with the track of tropical cyclone Norbert. While the cyclone itself will not likely impact southwest California directly variations in the forecast track may result in adjustments for the flash flood risk.

Flash flooding is a very dangerous situation. You should monitor later forecasts and be prepared to take action should flash flood warnings be issued.